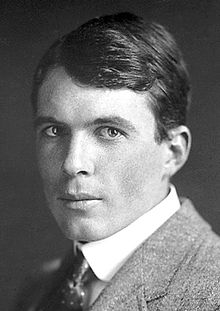 The Australian-born British physicist Sir William Lawrence Bragg was the youngest ever to win the Nobel Prize for Physics at the age of 25 in 1915. Bragg was born on 31 March 1890 in North Adelaide, South Australia. He showed his interest in science and mathematics at the very early age. He was the son of William Henry Bragg who was Elder Professor of Mathematics and Physics at the University of Adelaide. At the age of five, when William Lawrence Bragg broke his arm, his father himself continued the treatment using the newly discovered X-rays and his experimental equipment and with his knowledge about Röntgen’s experiments to check out the broken leg. It was the first ever surgical use of X-rays in Australia.

Bragg is widely known for his law on the diffraction of X-rays by crystals that he created during his first year as a research student in Cambridge in 1912.

His accomplishments earned him several reputed titles and awards including Matteucci Medal in 1915, Hughes Medal in 1931, Royal Medal in 1946, Guthrie Lecture in 1952 and Copley Medal in 1966. In 1941, he was knighted by King George VI and In 1967 he was appointed the Companion of Honour by Queen Elizabeth II.

“The gift of expression is important to them as scientists; the best research is wasted when it is extremely difficult to discover what it is all about … It is even more important when scientists are called upon to play their part in the world of affairs, as is happening to an increasing extent.”

“The important thing in science is not so much to obtain new facts as to discover new ways of thinking about them.”