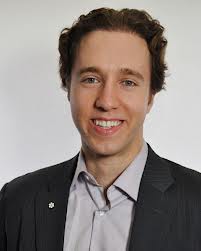 Canadian activist for children’s right Craig Kielburger is widely known for accomplishing the noble mission of freeing the slaved and trapped children across the world. At the age 12, Craig was no different than the children of his age but his life changed a day when he stumbled upon a heartbreaking story in a morning newspaper. He trembled from inside when he read about a 12 year old boy Iqbal Masik (1982-1995) who was brutally murdered in Pakistan for fighting against the idea of enslaving children.

Iqbal Masik worked in a carpet factory since the age of 4. He would work for 12 to 14 hours a day and for next 8 years he maintained the routine. He had never been to any school and never had any opportunity to play and spend time to live a normal life of a child. At the age of 12, he was freed from enslavement by police but he wanted to make people aware how children were being illegally, immorally and dishonestly used for various horrible purposes. Iqbal spoke with journalists about the pathetic story of children in factory – they are kidnapped, forced to work, mistreated, brutally beaten and starved but before he could bring the truth in front of the world he was mysteriously murdered which remains unsolved till date. 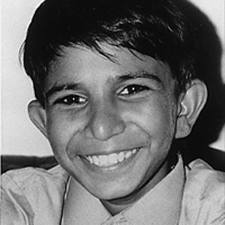 Craig Kielburger could not digest the end of the story and he heard the wake-up call for taking Iqbal’s story to the world. He teamed up with 7 classmates from his Thornhill, Ontario, school and together they founded an organization called “Twelve-Years-Old” which later become Free The Children. He started to bring child labor into public’s attention and worked to fulfill Iqbal’s dream . At the age of 14, he began to visit the slums, various sweatshops and tea shops and dark and narrow alleys of South Asia with police to search for imprisoned and exploited children and make them free. He would also talk with the poor families about their hardships to find a solution. He has promised and dedicated his life to making a difference by improving the lives of poor children in under developed as well as developing countries.

Craig faced several problems at the initial stage of his noble goal. Adults and politicians could not digest that such a young boy was fighting for such a matured and serious issue. His charity has already made more than 650 new schools in over 45 developing countries. He has been honored and awarded on several occasions for his significant contribution to society including The Nelson Mandela Human Rights Award, The 2002 World of Children Awards – Youth Award, The 2004 Kiwanis International Foundation World Service Medal, Honorary Doctorate of education from Nipissing University for his work in leadership development, Honorary degree in law from University of Guelph, the Queen Elizabeth II Diamond Jubilee Medal in 2012 and several other.

Over the years, Free The Children has evolved into an international charity and educational partner, which has successfully involved over 1.7 million youth in its innovative education and development programs in more than 45 countries worldwide.

“The change starts within each one of us. And ends only when all children are free to be children.”

“Child labour is an issue of grave importance. It must become a top priority for all governments of the world. How can the world move into the twenty-first century with children still being exploited for their labour and denied their basic right to an education?”

“Kids have to be tough to survive on the streets of Kathmandu, where older gang members often beat and rob them. They face cold winters, hunger, homelessness, and unsympathetic police. But under each hardened shell there is still a child.”

“We so often feel powerless to do anything about the many problems in the world around us. We are so often left to wonder whether one person can possibly make a difference. Mother Teresa said yes we can. Her life was resounding proof that it is possible.”