The world’s history is replete with the stories of people who became successful by working hard and not by waiting for success to befall. These successful people come in all backgrounds, genders, and ages. The following people have proved that it’s never too late or never too early to accomplish your goals and live your dreams. You can create more meaningful life and authentic career at any age. 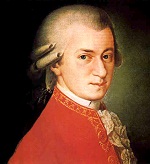 The greatest composers of all time, Wolfgang Amadeus Mozart is the history’s most recognized child prodigy. He started composing at the tender age of 5 and at the age of 8 he wrote his first symphony.

American film and television actress, most popular and famous as a child star in 1930’s, Shirley Temple Black starred in “Bright Eyes” when she was 6. She ended up becoming a diplomat. 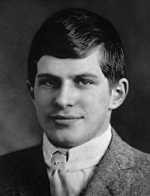 American child prodigy with brilliant mathematical abilities, William James Sidis is believed to be the smartest man ever lived with an IQ of 250 to 300. He had the ability to read at 18 months, had already published four books and could speak eight languages fluently at age seven, had given a lecture a Harvard at nine and entered Harvard at the age of 11.

At the age of 12, math prodigy Xavier Gordon-Brown is Britain’s youngest university student who can recite 2,000 digits of Pi. Xavier passed his GCSE at the age of eight. 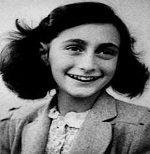 At 12, Anne Frank wrote about the experiences of pain and sufferings of her secret world during the Holocaust into her renowned wartime diary that touched millions. The diary is full of wisdom and wise sayings. 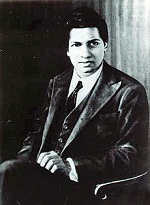 At the age of 12, Srinivasa Ramanujan mastered the advanced trigonometry book written by S. L. Loney, discovered theorems and re-discovered Euler’s identity on his own. By the age of 17, he independently conducted his own mathematical research on the Euler–Mascheroni constant and Bernoulli numbers. During his short lifespan, he compiled nearly 3900 results, which were mostly identities and equations and most of them have now been proven to be accurate.

13-year-old Malavath Purna from Andhra Pradesh touches a historic feat of Indian mountaineering by conquering Mount Everest – thus becoming the youngest woman in history. The daughter of a poor farm laborer completed her journey with 16 year-old Sadhanapalli Anand Kumar, the son of a cycle mechanic from Khammam district, on 25th May 2014.

At 14, Romanian gymnast Nadia Comăneci, the winner of three Olympic gold medals at the 1976 Summer Olympics in Montreal, became the first female gymnast to be awarded a perfect score of 10 in an Olympic event. 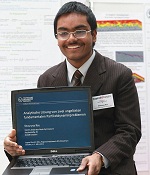 A 16-year-old Kolkata boy Shouryya Ray, who came to Germany without any knowledge of German, created history by solving a 350-Year-Old two fundamental particle dynamics theories set by Sir Isaac Newton. Before him, physicists could calculate only by using powerful computers. 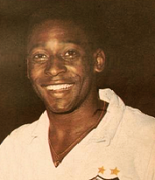 Brazilian footballer Pele, who is considered to be the most popular and greatest football player to walk the earth, won the World Cup at 17. He reigned supreme for near 20 years. All the other greats – Diego Maradona, Johan Cruyff, Michel Platini – rank beneath him.

In 2004, at the age of 19, Mark Zuckerberg launched Facebook and forever changed the way people communicated and shared information. He is the world’s youngest billionaire whose 28% Facebook shares are estimated to be worth $33 billion, making Facebook’s market worth about $100 billion.

The World Heavyweight Champion and professional boxer Rocky Marciano, who didn’t dedicate himself to professional boxing until he was 25 in 1948, won the first 16 fights and was undefeated throughout his career. 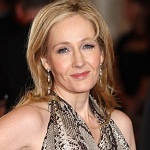 British novelist J.K Rowling, who is widely known as the author of the children’s favorite Harry Potter fantasy series, was 30 when the first Harry Potter book was published. Previously, she was rejected by more than 12 publishers.

At 31, an American aviation pioneer and author by the name of  Amelia Earhart became the first woman to fly solo across the Atlantic. In addition, she set many other records and wrote best-selling books about her flying experiences.

15. American media proprietor Oprah Winfrey, widely known and popular for multi-award-winning talk show ‘The Oprah Winfrey Show’, was 32 when she emerged with the highest-rated TV program.

16. Canadian singer-songwriter, musician, and poet Leonard Cohen started his music career at 33. He became one of the most successful musicians and was inducted at the American Rock and Roll Hall of Fame, the Canadian Music Hall of Fame and the Canadian Songwriters Hall of Fame.

17. Brenden Gleeson, who is called to be Ireland’s greatest living actor, began he career at 34 when he kicked from his day job and decided to become a full-time actor. American billionaire businessman and philanthropist John Paul DeJoria, who is popular for founding The Patron Spirits Company and the Paul Mitchell line of hair products, started his career at age 36. Until then he was homeless. Joseph Conrad, full name Jozef Teodor Konrad Nalecz Korzeniowski, a young Polish sailor working for the French marine service. Joseph was a sailor, drifter, and part-time criminal until the age 37. He latter on became one of the best writer of English literature.

At 26, American actor and novelist Gene Hackman was voted ‘least likely to succeed’ in his acting class and it wasn’t until 37 he got his first movie role and became most successful actor winning three Golden Globes and two BAFTAs and two Academy Awards. 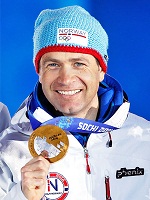 Norwegian professional bi-athlete Ole Einar Bjoerndalen, who is known to be the most medaled Olympian of the Winter Olympic Games with 13 medals, and the most successful bi-athlete of all time with 39 medals is 40 years old and not thinking of retiring anytime soon. 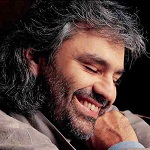 Italian tenor and singer-songwriter Andrea Bocelli, who became blind at the age of 12, wasn’t prominent or played a substantial role until he was 34. His career actually took off at the age of 41 with his famous and the most successful classical album ‘Sacred Arias’, which was sold over 5 million copies.

British-American novelist Raymond Chandler was working in the oil industry until the age of 44 when he discovered his passion for writing and decided to pursue it. He eventually became a very successful novelist with multiple published novels and screenplays.

English actor Alan Rickman got his first movie role at the age of 46. He is famous for his role as Hans Gruber in Die Hard and the Sheriff of Nottingham in Robin Hood: Prince of Thieves. He won a Golden Globe Award, a BAFTA Award, an Emmy Award and a Screen Actors Guild Award.

Scottish singer Susan Boyle came to international attention at the age of 47 when she appeared on the TV programm Britain’s Got Talent 11 April 11, 2009 as a contestant and sang “I Dreamed a Dream” from Les Misérables. 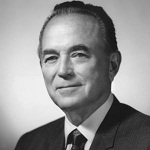 American businessman of Czech origin, Ray Kroc was 52 years old in 1954. He was a milk shake machine salesman and built McDonald’s into the most successful fast food chain in the world. Wallace Stevens – changed his career from insurance salesman to poet in his 50’s. In 1995, Steven won the Pulitzer Prize for Poetry for his Collected Poems. An American nun, Sister Marion Irvine became the then-oldest person to take part in the United States Olympic Trials at age of 47. Earlier in her life, she used to be overweight and smoked almost 2 packs of cigarettes a day. She was qualified for the Olympic marathon trials at age of 54.

An American chef, author, and television personality Julia Child is best known for her initiative in popularizing French cuisine to the American public with her famous cookbook “Mastering the Art of French Cooking”. It all happened when she was 49. She was later, at 51, featured on her TV program “The French Chef”.

Emmy Award winning Actress Kathryn Joosten, who was as a psychiatric nurse at Michael Reese Hospital in Chicago, went to Hollywood to pursue her dream of becoming an actress and at 56 where she finally made her name.

At age 60, Swedish shooter Oscar Swahn, won two 1908 Gold medals in shooting. He won his last silver medal at the age of 72, which makes him the oldest medalist. 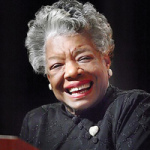 An acclaimed African-American author, poet, storyteller dancer and singer Maya Angelou came into limelight in her 60’s when her poetry and books became popular. An American motivational speaker, and long-distance swimmer Diana Nyad became the first person who dared to swim from Cuba to Florida without any safety shark cage at the age of 64. Though she gained national attention in 1975 but she received international fame after such daring swim. 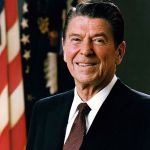 Ronald Reagan, who is considered to be one the most successful actors in history and the most impactful presidents in American history. He became the 40th president of the United States at 69.

British natural theologian, physician, and lexicographer Peter Mark Roget is widely renowned for publishing the Thesaurus of English Words and Phrases at Age 73. He was an accomplished doctor, lecturer and inventor but Thesaurus earned him fame across the world. When she had to stop embroidery work because of arthritis, the renowned American folk artist, Grandma Moses ,started painting at 76 and continued on until 101. She aspired to be an artist in her childhood when should use lemon and grape juice to make colors for her “lambscapes” but couldn’t pursue her dreams due to the pressure of assisting her family. She is a very good example that one of such advanced age can accomplish their dream. After spending 27 tortuous years in prison, Nelson Mandela, was elected the president of South Africa in the first election that was open to all races in that country’s history. Mandela was near 76 then. 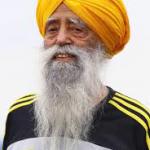 103-year-old British marathon runner of Punjabi Sikh descent, Fauja Singh is the world’s oldest marathon runner. At the age of 89, he started running seriously and ended up in international marathon events.