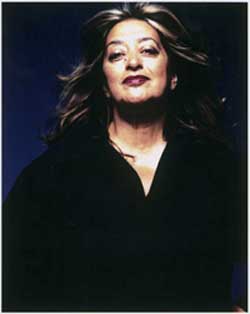 Born in 1950, in Baghdad, Zaha Hadid is a British architect of Iraqi descent. Zaha completed her degree in mathematics from the American University of Beirut and then moved to London to attend the Architectural Association School of Architecture. On completion of her studies, she started her career by working with some of the renowned architects in London and in 1980, she founded Zaha Hadid Architects.

Zaha Hadid has won numerous international competitions including Equerre d’argent Prize, special mention in 2001, European Union Prize for Contemporary Architecture in 2003, Designer of the Year Award for Design Miami in 2005, RIBA European Award for BMW Central Building in 2005, Stirling Prize for Evelyn Grace Academy, London and many more. Her revolutionary architectural designs earned her the Pritzker Architecture Prize in 2004. Her works are always unconventional but purely artistic. In 2008, Forbes ranked her 69th most powerful womon in the world and in 2010, New Statesman ranked her the 42nd most influential figure on the planet. In the same year in 2010 Time magazine called her to be the influential thinker in the 2010 TIME 100 issue.

The Contemporary Arts Center is the first contemporary art museum, which emphasizes on developing sculpture, photography, architecture, painting and new media, and is situated in Cincinnati, Ohio. The museum has also exhibited the works of many contemporary artists’ early careers, including the pioneering figure in the visual art movement, Andy Warhol. In 2003, the museum moved to its first free-standing home planned by Zaha Hadid. 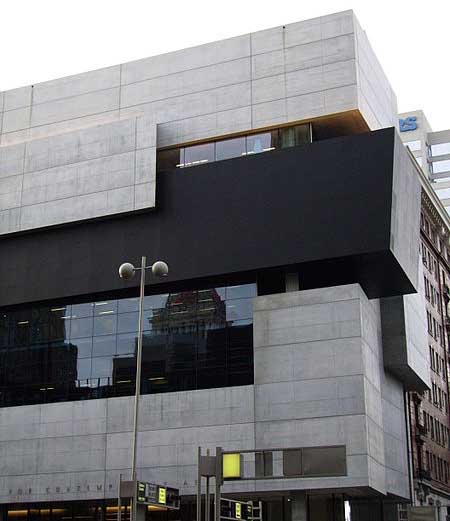 Guangzhou Opera House is a Chinese opera house located in Guangzhou, Guangdong Province of China. The project took 1.38 billion yuan which is approximately 200 million in US Dollar. The theater started in 2005 and after long five years it was inaugurated in the month of May 2010. The theatre is known to be the largest performing centre in southern China and is one of the third biggest theatres in the nation. 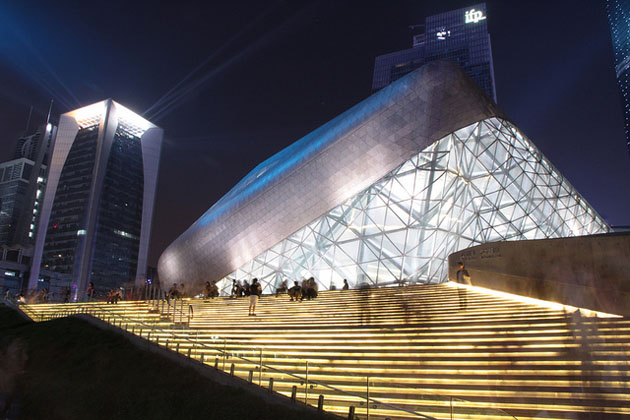 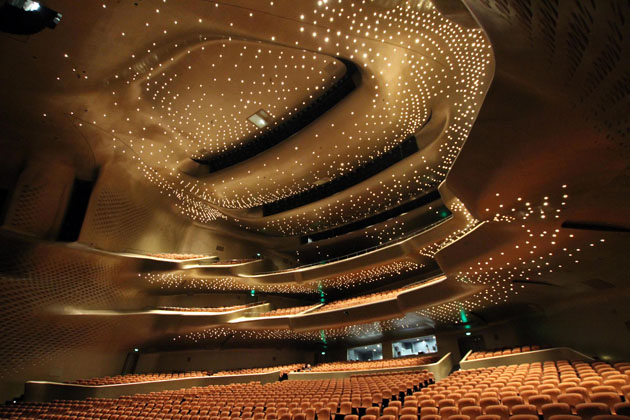 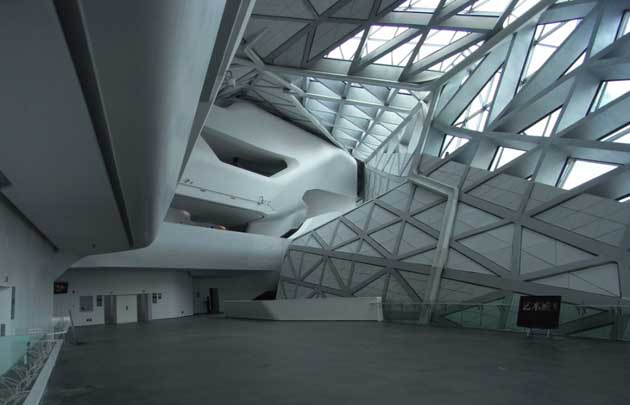 Hungerburgbahn is a hybrid funicular (inclined plane or cliff railway) railway that is located in Innsbruck, Austria. The railway was started for the public service on 1 December 2007. The structure comprises of four stations Löwenhaus, Hungerburg, Congress (Underground station) and Alpenzoo. 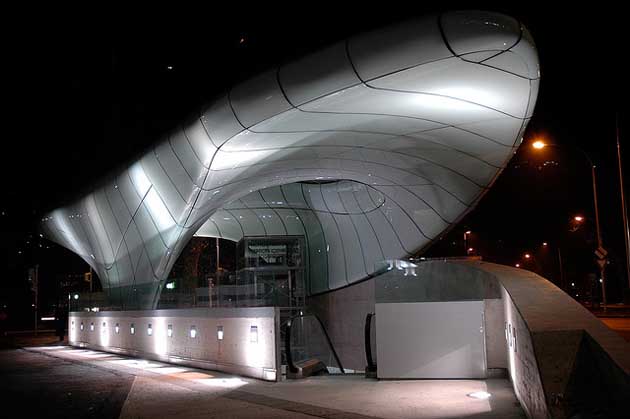 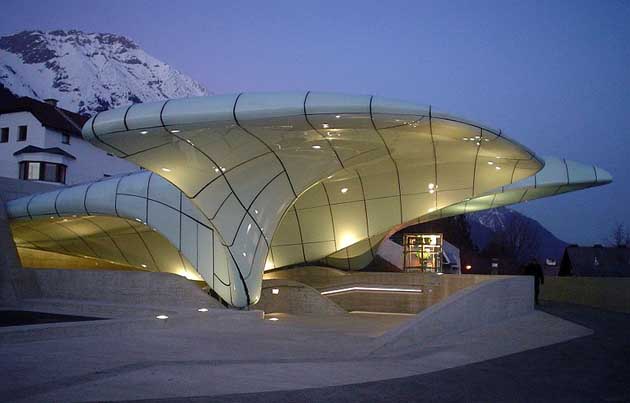 The Bridge Pavilion is a 270-metre-long roofed bridge building that was built for the Expo 2008 in Zaragoza in Spain as one of the central landmarks. Besides, the bridge is a multi-level exhibition area where over 10,000 guests make visit per hour during the world exhibition event. 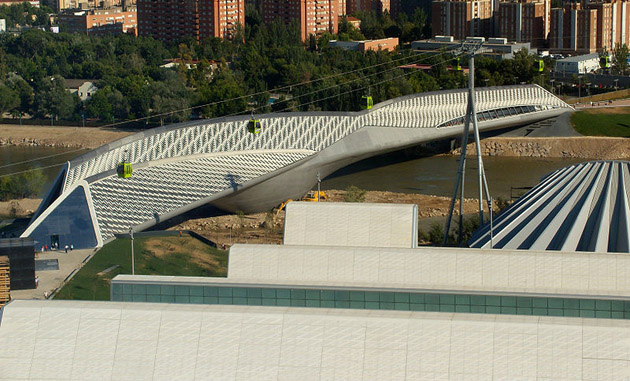 Bergisel, a mountain that lies to the south of Innsbruck, Austria, contains ski ramp and sports facilities, and public spaces like a viewing patio and a tower-top café. It is one of the Tyrolean district capital’s core sporting attractions. Designed by Zara Hadid, the place is international attraction of ski-jumping elites as well as tourists. 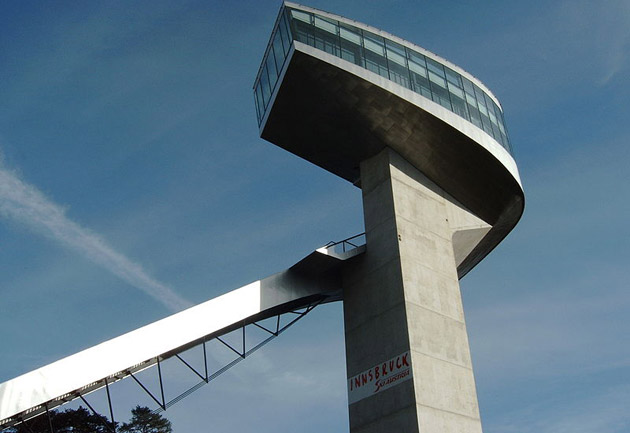 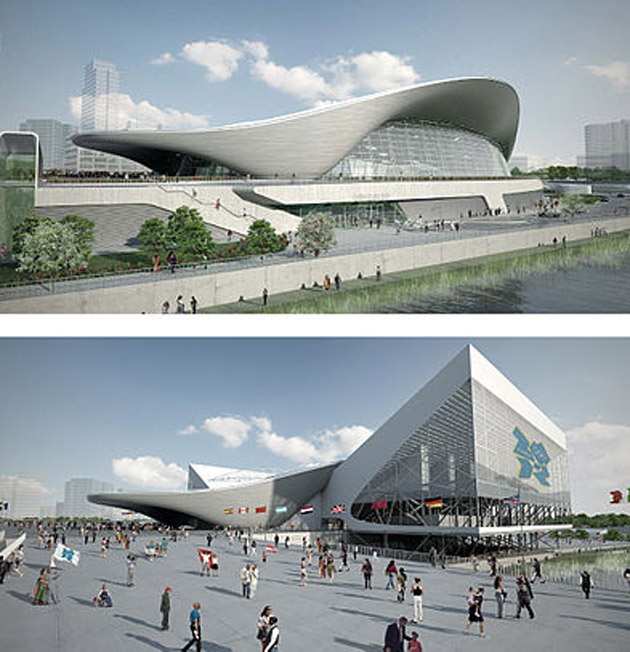 The Phaeno Science Center is a science center located in Wolfsburg, Germany, was opened to the public in 2005, on November 24.

The BMW Central Building, which is otherwise the BMW’s new $1.55 billion complex constructed to manufacture the BMW 3 Series Vehicle, is situated in Leipzig, Germany. The design of central building earned Zaha Hadid the Nobel Prize of architects, the prestigious Pritzker Prize. The architectural style is internationally acclaimed and considered one of the best corporate Headquarters in the world. The building construction cost $60 million and opened in 2005. 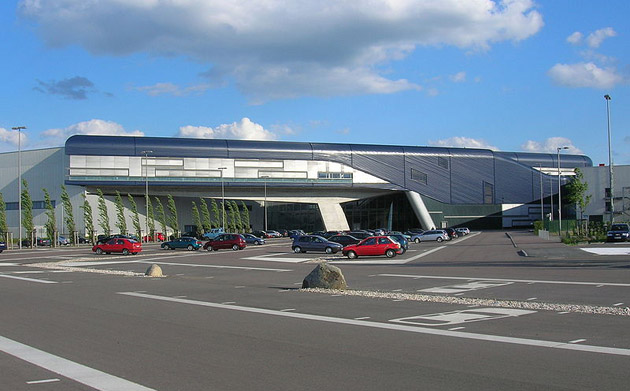