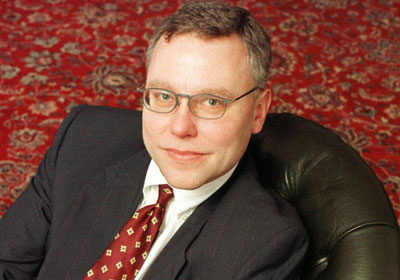 Zdeněk Bakala is a Czech banker, investor and philanthropist, who fled his communist Czechoslovakia (the country later dissolved into Czech Republic and Slovakia in 1993) around the Thanksgiving of 1980 to Lake Tahoe, Nevada, United States, at the age of 19 with just a $50 bill hidden in a sandwich. He was left with the least in his hand when he reached Lake Tahoe where he survived washing dishes at Harrah’s casinos and later ended up in the Bay Area.

Bakala managed to complete his education majoring in Economics from University of California, Berkeley and an MBA from Dartmouth College. In 1989, he started his business career at Drexel Burnham Lambert’s investment banking desk in New York and later worked with Bank of America. In 1991, he moved to Credit Suisse First Boston and in 1994 he founded his very first private investment banking group in the Czech Republic under the name ‘Patria Finance.’ In 2006, he acquired a share in the Czech weekly magazine Respekt and in 2008 he bought majority of the stakes of a publishing company ‘Economia’. In 2011, Bakala became a major creditor of a computer games developing firm Warhorse Studios.

Today Bakala runs companies with near $3 billion market capital and owns a number of commercial activities on different continents from mining to media and Energy. According to Forbes magazine, he is the 595th richest person in the world.