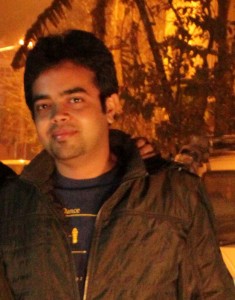 Technological advancement might have transformed our day-to-day lives but there are many areas it has done least or insufficient—the life of visually impaired people is one of them. Currently, trained-dogs are available but it is affordable only for the rich in India. However, there are technological devices accessible in the market that provide voice based assistance but aren’t helpful at all to the extreme extent of avoiding traffic, crowds, and obstacles on the road.

Bangalore based Anirudh Sharma, an Informatics Engineering student, has invented a Haptic Shoe which is going to change the world of the visually impaired people. He has named the device Le Chal (take me there), which is a modest navigation system capable of identifying paths. The Haptic shoe will guide visually impaired people towards their destination by alerting them through vibration in the front, back, or on either side. Front vibration is indicator for furthering their step steady and straight, the left side vibrator will indicate them them to turn left and right indicator to go right and so on. 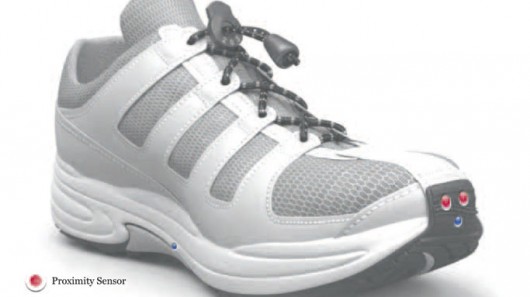 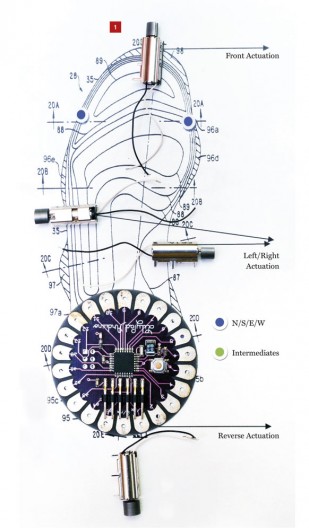 The user speaks their destination on Google Maps, using their Le Chal-apprunning Android smart phone. The phone, through the Bluetooth, then immediately communicates with a LilyPad Arduino circuit board that is situation right in the heel of the shoe and subsequently the Google-assistance turn-by-turn guidelines with exact positioning information from GPS unit (global positioning system), the phone receives the control-board to trigger four directional vibrators in the shoe according to the requirements. The vibrators starts slow and low but as the user gets near the point the intensity of the vibrator goes high. A proximity sensor in the frontage of the shoe also assists user to perceive blockage from even 10 feet away.

Who is Anirudh Sharma:

Anirudh Sharma is a Bangalore based engineer, currently working in partnership with Ducere Technologies Pvt. Ltd. He is the son of an English professor of the University of Delhi and who spent several early years of his life in the small family of farmers of Mathura, UP. Anirudh aspires to build the distinct interesting ideas that come directly from his mind. He has served at Hewlett Packard Labs in the Multimodal Interactions Group as a Research Consultant. Besides being a self-taught designer, and electronics hobbyist, he is interested in Human-Computer-Interaction with inputs from Multimodal Interaction as well as Physical computing. Anirudh has been featured on MIT’s INDIA’S 2012 TR35 List. He has been chosen as the innovator of the year 2012.