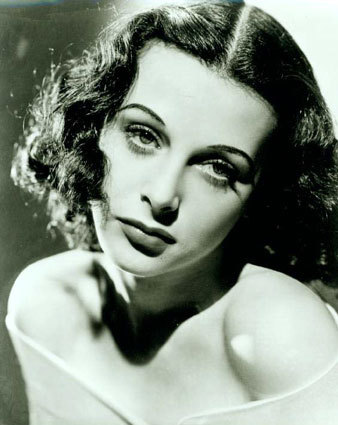 She was born on 9 November 1913 as Hedwig Eva Maria Kiesler in Vienna, into a Viennese Jewish family. Her father Gertrud was a pianist and mother Lemberg (born as Emil Kiesler) was a successful bank director. She dropped out of high school to pursue her passion of acting on stage and screen. Hedy was trained by an Austrian-born American actor and director Max Reinhardt who discovered and brought her to Berlin for further training. In 1932, she played her very first notable role in “Man Braucht Kein Geld.”

In 1933 she received international prominence for her role – a neglected young bride of an indifferent old man- in “Ecstasy” where she is seen swimming and running through the wood naked. It was the first nude scene in cinematic history of the Czech film and was considered to be extreme in the conservative society. The movie was banned in many countries across the world including the United States. In the same year in 1933 she married Austrian industrialist Fritz Mandl and soon her social circle was confined to communicating with the elite class of intellectuals, scientists and engineers and she developed her interest in the scientific technology which she later implemented in inventing frequency hopping. In 1937, she finally left her husband (who attempted to stop her from pursuing acting career) and fled away from the country and landed to America where she signed a contract with MGM’s Louis B. Mayer. Throughout the late ’30s and early ’40s she enjoyed her career as one of the most successful actresses. In 1949, Hedy Lamarr gave her first color and biggest box-office success with Samson & Delilah after which her career declined though she remained popular for her dark exotic and sensuous beauty.

Besides her beauty, she was known to be responsible for the most revolutionary technology of the time. She collaborated with American avant-garde composer George Antheil, who was famous for cacophonous ballet mécanique, in 1940 and explained her idea to construct a device that would enable this signal to be synchronized. Together they developed a secret communication system to help the allies defeat the Germans in World War II. Years later, American scientists used Lamarr’s innovation to create cell-phones, GPS, and Wi-Fi and changed the “frequency-hopping” to “spread spectrum” technology.