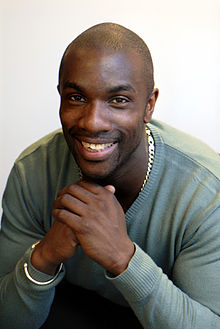 For over a century, the Olympics have been the pinnacle of success for any athlete in the world. Some of them create history by setting new world records and achieving the impossible; but there are quite a few who lose and yet they win the respect and admiration of millions worldwide. Derek Redmond is one such athlete who took the Olympic Spirit to a Level that will never be surpassed.

Derek Redmond participated at the 1992 Olympic Games in Barcelona, Spain, with the desire to have the gold medal. After dealing with a series of injuries and illness, he started with a fresh and winning spirit and reached the semi-finals. But the destiny betrayed him once again – in the mid way of the semi-final event, he tore his hamstring. He tried to push himself but the excruciating pain could not let him move ahead. He sat on the track and started crying; his Olympic dreams came to a crashing end.
Suddenly, his father Jim emerged from the crowd and entered the ground to console his injured son. He assisted his son to stand and said “we will finish the game together” The audience watched this incredible event with wet eyes and clapped for the father-son to the finishing line. Together, they took the Olympic spirit to a new height and showed the world the real meaning of sportsmanship. The crowd in the auditorium welcomed them with standing ovation and heart-felt respect.

Who is Derek Anthony Redmond?

Derek Anthony Redmond is a retired British athlete who is best known for his well-remembered performance at the 1992 Olympic Games. Throughout his career he suffered from several injures but continued pursuing his dreams. He won gold medals in the 4×400 meters relay at the World Championships, Commonwealth Games and European Championships and also broke the British record in the 400 meters run in 1985 that he finished within 44.82 seconds.

Winning the challenges do not always make you the man of honor but it is the never-give-up attitude and perseverance that makes a real example worth respecting and following.

If we can’t stop wishing and desiring for something bigger and better, then why do we stop taking actions after a few failed attempts under difficult circumstances? After all, it is not the crown or medal that makes us great but our attempts and never-say-die spirit. Stephen Kaggwa says it best, “Try and fail, but don’t fail to try.”

Powerful Inspirational Story…Don’t give up!