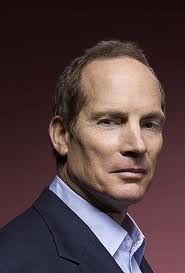 Billionaire entrepreneur and CEO of Highbridge Capital Management, Glenn Dubin had a humble beginning. He was born and grew up in the Washington Heights in Manhattan in 1957 to Harvey and Edith Dubin. His father, a Russian Jewish immigrant, would work as a taxi driver and his mother, an Austrian Jewish immigrant, was a hospital administrator.

Dubin attended a public school at Washington Heights and on completion of his graduation in economics from Stony Brook University in 1978, he started his career as a retail stock broker at E. F. Hutton & Co. In 1984, he teamed up with his childhood friend Henry Swieca and together they started a company called Dubin & Swieca and in 1992, founded one of the world’s premier and multi-strategy alternative investment management firms -Highbridge Capital Management. According to Forbes 2012, he is the 764th Billionaire in the world and 273th Billionaire in United States with $1.7 Billion net worth.

Besides being a successful entrepreneur, he is also a generous philanthropist. He donated $5 million to Harvard University in 2010 to build the Dubin Fellowship for Emerging Leaders at the Harvard Kennedy School’s Center for Public Leadership. It will provide the tuition fee for at least ten students every year. In 2012, according to the report of CNN Money, Glenn Dubin has signed The Giving Pledge of Bill Gates and Warren Buffett. Signing the pledge means he is supposed to donate 50 percent of his fortune for charity causes and welfare of people. Moreover, Dubin and his wife have donated $16 million to establish the Dubin Breast Center at the Mount Sinai Medical Center.