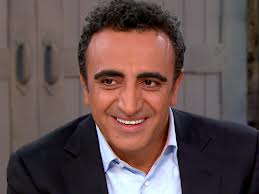 Turkish-American entrepreneur Hamdi Ulukaya is the founder, president and CEO of an American brand of Greek-style yogurt manufacturer, Chobani Inc. Today, the company employs more than 1,200 people and exports its top-selling brand of yogurt across the U.S., Australia, Canada and European countries.

Hamdi Ulukaya was born in 1972 into a Kurdish family of farmers, in Erzincan, Turkey. His parents owned a dairy farm. On completion of his studies with political science from Ankara University in 1994, he moved to the United States and in 1997 he enrolled at the University of Albany, New York to study business during which he learnt that the quality of the dairy products in the US wasn’t up to his expectations. In 2002, he founded a feat cheese company Euphrates Feta in Johnstown, in New York and in 2005, he took over an almost abandoned and distressed yogurt factory in South Edmeston and established a new dairy company, Chobani by hiring some of the plant’s former employees.
In early months, he faced several challenges and confined himself to selling the products to some near-by local stores in New England area. People loved his yogurt and his business grew through word-of-mouth publicity. He started expanding his business by selling his products at bigger grocery stores and within four years his business grew up more than tenfold. In 2011 the company became internationally popular when their products were launched in New South Wales, Australia. In 2012, the company was an official sponsor of the US Olympic Team and the same year he founded one of the world’s biggest yogurt-processing plants, which is worth of $450 million, in Twin Falls, Idaho and opened the first yogurt bar in New York City’s SoHo neighborhood. The bar sells fresh sweet and spicy and flavorful yogurt. By the end of 2012, according to the Bloomberg Billionaires list, his personal worth is approximately $1.1 billion and Chobani is highest-selling yogurt brand in the U.S.

Hamdi Ulukaya has founded the charitable foundation the Shepherd’s Gift Foundation that advocates and initiates benevolent efforts in the fields of humanity.