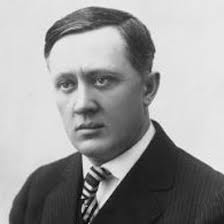 Entrepreneur and engineer William Sylvester Harley is widely known as one of the original founders of American motorcycle manufacturer – the Harley Davidson Motor Company. In 1903, he founded the company along with other founders Arthur Davidson, Walter Davidson and William A. Davidson in a small shed in the Davidson family’s backyard.

The invention of Harley-Davidson motorcycle, which is known to be America’s finest invention across the world, created a craze among millions of people to explore more with its speed. It enabled people to travel further and faster.

William S. Harley was born in 1880 in Milwaukee, Wisconsin. He completed his Mechanical Engineering from the University of Wisconsin–Madison in 1907. From the early childhood he was passionate about business and had developed good insight for mechanics. He started his career at the age of 15 at a bicycle factory. In 1901, he, along with his childhood friend Arthur Davidson, who shared the same interest for mechanics and bicycle, took a joint venture of creating a distinctive kind of motorized bicycle that would be easier to ride and enable people travel more and faster. They started experimenting with gasoline engines on the bikes. In the meantime, Harley went to college to complete his mechanical engineering from the University of Wisconsin-Madison. In 1907, on completion of studies, he teamed up with Davidson once again and together they started pursuing their dreams. Later, Davidson’s two older brothers Walter and William, who were already talented mechanics and had joined them in 1903, joined the company as co-founders. They experimented with the design and kept refining and reshaping the design over the course of time and thus their sales went up. By the year if 1909, they had their own fully-functioning factory. During the world war II, the company produced and shipped over 90,000 of its military-version motorcycles abroad for being used by the Allies of the United States.

Harley played the most significant role in developing the company and taking it to the world. After the successful journey, finally on September 18, 1943, he died of heart failure. He left behind his greatest success with the company and wonderful invention for which people still feel deeply and special. After five long decades, in 1998, he was inducted into the Motorcycle Hall of Fame in Columbus, Ohio.