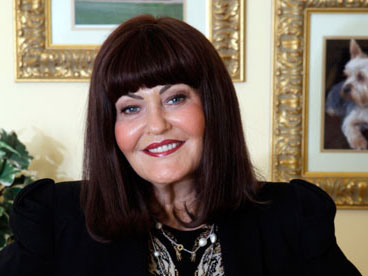 English entrepreneur and renowned television personality Hilary Lorraine Devey CBE is one of the most successful and inspiring businesswomen who dared to sell whatever she had including her house and car to finance her business after she was turned down for a business loan in 1995.

Devey was born on 10th of March, 1957 in Bolton of Lancashire, United Kingdom. As a child, she had a cozy and comfortable life. She attended Bolton School in Bolton until her father, who owned a central heating company, filed for bankruptcy. She witnessed how, in a matter of days, her life turned upside down – all her family furniture and household goods were taken away and her father became a pub landlord to meet their ends. Since then she would help her father in his pub after returning from school. She always aspired to be an air traffic controller with the Women’s Royal Air Force.

At the age of 20, without any formal training, she joined a package delivery firm as a sales clerk. She worked in the logistics industry at Tibbett and Britten, as a Sales Director with Scorpio Logistics and spent seven long years as National Sales Manager at TNT. Gaining wealth of experience in logistics industries, she finally quit her job to set up her own business. In 1996 she made her fortune in freight haulage launching a palletized freight network Pall-Ex, which soon became a successful firm with a yearly turnover of approximately £100 million.

Hilary Devey is a determined and hard working lady with amazing spirit to accomplish something significant in life. In 2009, she suffered a terrible stroke after having an abdominoplasty operation but she managed to return to her work just after six weeks. As a mother, she helped her heroin and cocaine addict son to recover and overcome the hardest time of his life.

She has been honored with several awards including the Ernst & Young Entrepreneur of the Year in 2007, the British Chamber of Commerce Entrepreneur of the Year and the Vitalise Woman of the Year Award in 2008, The Sir Robert Lawrence Award in 2009 from the Chartered Institute of Logistics and Transport and an Honorary Doctorate of Law by the University of Leicester in 2010 for her significant contribution to industry and an Honorary Doctorate of Business Administration by the University of Bolton in 2012 and many others. She has appeared in television programmes such as Channel 4 series The Intern, and Secret Millionaire, Channel 5’s The Business Inspector and more.