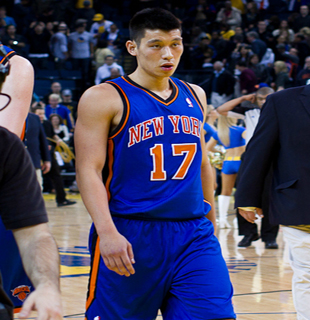 The Unpredictable rise of Jeremy Shu-How Lin, an American professional basketball player, to NBA stardom has not only refreshed the old-fashioned way of accomplishing goal once again but also has set an example for today’s kids to come out of the prejudices in their deep within that prevent them furthering ahead in life. Jeremy Lin’s success was not an overnight sensation or favored by any luck; he has earned it all in the simplest means of being humble, honest, hard working and a man of strong moral values.

In a glamorized society of sports, while every sports person struggles to be on the top and become sport celebrity by every possible means; there rarely are simple personalities like Jeremy Lin. He is a world-class athlete on the court and his off-court humility and simplicity make him the greatest. His attitude towards sport gives hope to countless young players; many of them call him ‘a basketball monk’.

Lin has been a strong source of inspiration for millions of sports lovers who come from all continents. In his language, ‘I care only about one thing — winning… I don’t care whether you are an Asian-American kid, white, black or Hispanic, Jeremy’s story tells you that if you show grit, discipline and integrity, you too can get an opportunity to overcome the odds.” He has been enlisted in ‘The 100 Most Influential People in the World of 2012’ by Time magazine.