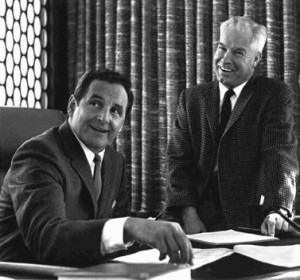 American director, producer, animator, and cartoon artists William Denby Hanna and Joseph Roland Barbera were the creators of the world’s most popular cartoon characters ‘Tom and Jerry’. They created the first Tom and Jerry short film in 1940 at MGM cartoon studio and over the next 17 years, they worked together and wrote, produced and directed a total of 114 short films.

The characters are equally famous among children as well as adults. In the year 2000, the TIME Magazine called ‘Tom and Jerry’ one of the greatest television shows of all time. In addition, the series won seven Academy Awards for best Animated Short Film.

William Denby Hanna was born on July 14, 1910 in Melrose, New Mexico to William John and Avice Joyce Hanna. His father was a construction superintendent for the Sante Fe railway stations’ water and sewer systems for the western state of America.
Joseph Roland Barbera was born on March 24, 1911 in New York City to Italian immigrants Vincent Barbera and Francesca Calvacca. His family moved to Flatbush where he spent his childhood. Hanna and Barbera first met in 1937 while working for Metro-Goldwyn-Mayer. 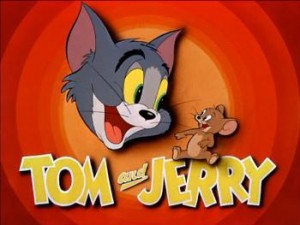 Together they co-founded Hanna-Barbera Productions, Inc. in 1957 and produced animated series including The Huckleberry Hound Show, The Flintstones, Scooby-Doo, Top Cat, Yogi Bear, The Quick Draw McGraw Show, Wacky Races, The Smurfs, and The Jetsons. After creating and directing several successful cartoon series, in 1967, they sold their company to Taft Broadcasting for $12 million; however, they remained as the head of the company until 1991.

Hanna and Barbera won several awards including eight Emmy Awards and seven Academy Awards and Golden Globe for Television Achievement in 1960, Pioneer Award—Broadcast Music Incorporated in 1987 and several others.

“That’s what keeps me going: dreaming, inventing, then hoping and dreaming some more in order to keep dreaming.” – Joseph Barbera

“Parents look at me like I’m somebody pretty important, and say, We were raised on your characters, and now we’re enjoying them all over again with our children.” – Joseph Barbera

“Making cartoons means very hard work at every step of the way, but creating a successful cartoon character is the hardest work of all.” – Joseph Barbera

Recommended for you: 10 Life Lessons to Learn from Tom and Jerry