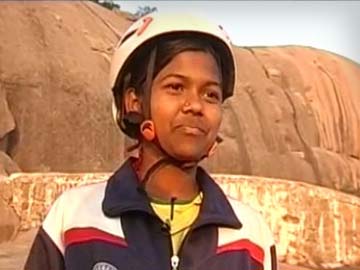 Thirteen-year-old tribal girl Malavath Purna from Andhra Pradesh touches a historic feat of Indian mountaineering by conquering the highest peak of the world – the Mount Everest. Purna, the daughter of a poor farm laborer from Nizamabad district of Andhra Pradesh, completed her journey with 16 year-old Sadhanapalli Anand Kumar, the son of a cycle mechanic from Khammam district, in the morning hour of 25th May. Both of them are students of a government-run social welfare hostel Andhra Pradesh Social Welfare Educational Society and were chosen from 150 children for adventure sports to promote excellence in the students of the society. Some other exceptional students were sent to a reputed mountaineering Institute in Darjeeling for training and some of them on the expedition to Indo-China border.

Edmund Hillary from New Zealand and Tenzing Norgay from Nepal were first to make their mark on the Mount Everest on May 29, 1953 after which over 4000 people has successfully climbed and many died while attempting. The two teenagers have again made their glorious marks on the 61st anniversary of the conquest.

According to the reports, the two were first denied for any training for being too young but later they were chosen for their talents and desire. Purna aspires to be an IPS officer like IPS officer Praveen Kumar who actually made her realize that social background plays the least role in becoming something big and great you desire and deserve.