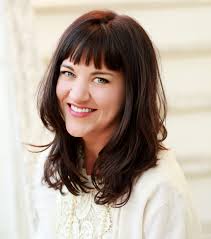 Is there a scientific proof we can heal ourselves?

Most of us have hard time believing that our mind can heal our body. How can mind heal our body without any external help – medicine or therapy?
The Spontaneous Remission Project, a database complied by the institution of Noetic Sciences of over 3500 case studies in the medical literature of patients who have gotten better from seemingly ‘incurable’ illness, shows how stage 4 cancer disappeared without treatment, HIV positive patients became HIV negative, heart disease, kidney failure, high blood pressure, diabetes, thyroid disease, autoimmune disease and many others subsided or healed all with firm belief and mind power.

A great example of this in the medical literature is a case study from 1957 of MR. Wright who had advanced lumphosarcome. Things were not going well for him, time was really running out. He had tumours the size of oranges in his armpits, neck, chest, abdomen. His liver and his spleen were enlarged, his lungs were filling up with two quarts of milky fluid everyday that had to be drained in order for him to breath. But Mr. Wright wasn’t giving up hope, he came to know about the wonder drug called Krebiozen and he was begging his doctor to give him that Krebiozen. But unfortunately that Krebiozen was only available on a research protocol and the protocol required that doctor who would be able to make an assessment. And his doctor Dr. West just could not do that assessment but Mr. Wright was tenacious and kept badgering his doctor, until finally his doctor gave him a positive response. So he dosed him up on a Friday not expecting that Mr. Wright would make it through the weekend. But to his utter shock, when Dr. West came in to do rounds on Monday, Mr. Wright was up, walking round the wards and his tumours had shrunk to half of their original size. They had melted like snowballs on a hot stove and ten days after getting the Krebiozen, they were gone. So Mr. Wright was up rocking and rolling like crazy. He believed Krebiozen to be a miracle drug for two months until the initial reports came out of the Krebiozen that said that it didn’t really look like it worked so well and Mr. Wright fell into deep depression and his cancer came back, so this time doctor West decided to get sneaky and he told him that, ‘You know that Krebiozen was a tainted version, not so good but I got us some ultrapure highly concentrated Krebiozen and this stuff got it going on’. He then injected Mr. Wright with nothing but distilled water and once again tumours were gone, the fluid in his lungs went away and Mr. Wright was rocking again for another two months and then American Medical Association blew it by publishing on a nationwide study that proved definitely that Krebiozen was worthless. Two days later after hearing the news Mr. Wright died.

In the medical literature, that was the stuff of fairy tales. Three baby girls were born, delivered by a midwife on Friday on 13th in Okephenokee Swamp, near the Georgia-Florida border and the midwife pronounced that three babies born on such a faithful day, were all hexed. The first, she said, would die before her 16th birthday, the second before her 21st, the third before her 23rd birthday. And as it turned out, the first girl died before her 16th birthday, the second died before her 21st birthday and third girl, who knew what had happened to the other two got wind of that and the day before her 23rd birthday she showed up in the hospital, hyperventilating, begging them to make sure she survived. But she wound up dying that night.

When mind believes that something bad is going to happen in the body then it comes to manifest. Lissa Rankin in her book ‘Mind Over Medicine-Scientific Proof You Can Heal Yourself’, she has complied real-life stories on how the mind powers the body to heal itself.

Lissa Rankin has mentioned that