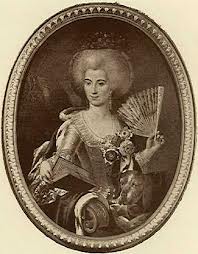 Italian scientist Lucia Galeazzi was born on June 3, 1743 in Bologna to a renowned anatomist Domenico Gusmano and Paola Mini. From the very early age, she was clever and witty and loved exploring new things. Her father, who was professor of Louis University, noticed her talents, and assisted her in studying French, Italian, German and prosody. In addition, reading Holy Scriptures and knowing about sacred as well as profane history was her passion.

In 1762, she married a doctor and professor at the University of Bologna named Luigi Galvani. After marriage the happy couple moved to live at Galeazzi where Luigi Galvani established a laboratory for his experiments on the reflexes of the animal anatomy. They remained together for twenty-six years until Lucia’s death in 1788 due to her poor health. She would frequently suffer from severe and several acute fevers, catarrhal asthma and seizure. She finally died of asthma.

Lucia played a significant role in assisting her husband’s experiments; she was an active assistance in her husband’s work as an obstetrician and surgeon. Moreover, she edited several medical texts written by her husband. The Picture of their experiment has been preserved in the Museum of Palazzo Poggi in Bologna.