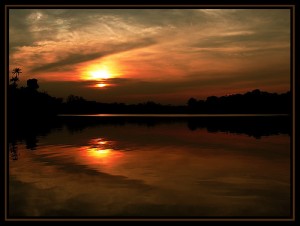 Motivation is an integral and inseparable part of human life. In our day-to-day life, we may be motivated by many things. We can be motivated by the unity of crows; we can be inspired by the briskness of ants; we may get motivated by plethora of thing ranging from trivial and trifle things to magnificent things. A child sleeps not because he feels sleepy, he sleeps because of the feel of safety. It is the feel of safety that motivates the baby to sleep and calm down. At the same time, a child’s loud cry motivates the mother to suckle him. A Child’s hunger prompts him to cry which ultimately motivates the mother to feed and caress him. The mother’s sweet lullaby prods the child to listen and cool down.

Likewise, the dullness of the seedlings in the farmland motivates the cultivator to water and manure them. So, watering and manuring make the seedling to grow into the full fledged crops that yield good harvest.

The tyranny and hegemony of Indonesia prompted the east Timor people to fight for their freedom. Their slavery to Indonesians motivated them to fight valiantly. Ultimately East Timor attained independence.

The sports world is replete with numerous instances of how motivation plays a role in molding successful sports celebrities. It is interesting to learn that the world’s no 1 tennis star Andy Roddick was, a shy boy during his childhood. In early years, he showed no passion for playing tennis. It was his mother who would lure him to play tennis. But Roddick relentlessly rejected his mothers plea and bunked tennis classes. Determined to get him into tennis, his mother started accompanying him to the coaching sessions and started playing with him. Young Roddick soon started taking interest and went under vigorous training to scale the greatest height in his tennis career and attained the numerous status in the field. He took up tennis just because of the inspiration and motivation of his mother.

At times, the great achievements of fellow humans turn a motivating force for some budding players and green horns. The Yesteryears’ tennis celebrity Steffi Graf was a great motivation to Kim Clijsters, a Belgian who developed a love and passion for the game only after watching the on-field performance of the former. The name and fame of Steffi motivated Kim Clijsters to take up tennis as a career. She aimed for grand success in the US open and she could make it with her strong will and grit.

It is interesting to learn that at times, the noble and charitable gesture of great men and women play the role of motivation to the victims of natural calamities. In the year of 2004, on December 26, tsunami ravaged most of the coastal habitation of south India and south-east Asian nations, killing thousands of people. The victims of tsunami were not able to erase the trauma from their minds. In the year of 2006, tennis star Roger Federer visited the hamlets of tsunami victims and delivered a soothing talk among them. He assured a great deal of money which served as a succor to them. In fact, his encouraging speech motivated them to look forward and move on positively on their lives.

History has shown that sometimes, the large heartedness and magnanimity of great people could motivate others to attain name and fame. The whole music world felt elated when Carnatic music empress MS Subbulakshmi was invited to perform in the United Nations. In fact, as per the plan, the world renowned sitar maestro Pundit Ravi Shankar was scheduled to perform but Punditji recommended M.S.Subbulakshmi’s name and motivated her to perform. Due to the motivation, she performed excellently at the United Nations and earned enormous appreciation.

We can quote some examples from the contemporary history as to how a thirst for achievement motivates people. The world renown carnatic vocalist Bombay Jayshri has been nominated for the Academy Awards 2013. Her passion for music got her the opportunity to sing a song for the film “Life Of Pi” and ultimately fetched her the Oscar nomination. Bombay Jayshri’s feat, would motivate other vocalist across the globe to strive for the best.

We can conclude that in our life, for every achievement, innovation and discovery, we need motivation and inspiration. A good motivation begets success. If a nation motivates its sports persons, they perform well and bring name and fame. If parents motivate their children, they work hard and flourish in their lives. If citizens are motivated to perform in all fronts, the nation flourishes.

Let us motivate each others not only with words but also with actions. Let’s resolve to create a better and motivated world where people constantly strive for the impossible when the possible fails to work.