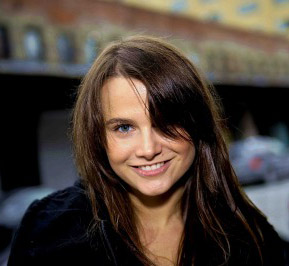 The 27-year-old Russian model Olga Vidisheva, a Harvard Business School alum, founded an e-commerce site Shoptiques that showcases, and sells boutique inventory of local shops. On completion of her Bachelors of Arts in Economics and a minor in Mathematics from Wellesley College in 2007, she worked for Goldman, Sachs & Co., in New York for about two years. Very soon she realized that finance wasn’t her interest and enrolled at Harvard Business School where she was the Co-President of the Retail & Luxury Goods Club. While in HBS, she successfully completed a coveted internship at CHANEL in “Fashion” and “Fragrance and Beaute” marketing divisions.

According to Vidisheva, she stumbled upon the idea of starting something like Shoptiques when she herself experienced that a majority of local boutique shops did not have online presence mostly relied on print advertising for marketing. Soon, she made a presentation at Y Combinator where her idea was praised by the co-founder Paul Graham and many others. She firmly believed her digital platform would assist small scale boutique businesses, giving them a strong platform to show off their high-end clothing.
She launched Shoptiques with 50 stores across the U.S and in less than a year she was mentioned in all major newspapers and T.V. channels. Today, she is successfully helping over a hundred boutiques to connect with their loyal customers from different locations.
On sale, Shoptiques takes a humble and reasonable commission. Vidisheva says,

“We go find the most exclusive, unique boutiques, we put them online, and then consumers … can come on Shoptiques and find their favorite little shops from all over the world.”

To start the business, she raised fund from various venture capital firms including Benchmark Capital, Andreessen Horowitz, Greylock Partners and Charles River Ventures, General Catalyst and SV Angel.
Currently, the site is not accessible for international customers; it is only available in United States and a few other countries.