Pranav Mistry, the inventor of SixthSense Technology, is widely regarded among the world’s top ten inventors who are going to change the world for the better. 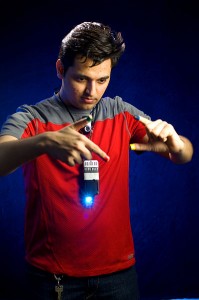 Pranav Mistry, an Indian computer scientist and inventor, is currently a Research Assistant in the Fluid Interfaces Group at the MIT Media Lab. His research interests include Ubiquitous computing, Augmented reality, Collective intelligence, Gestural interaction,AI, Machine vision, and Robotics. He believes in bringing technology to the masses and wants to return India in some years time.

Apart from SixthSense Technology, Pranav has invented several other technology and devices. he is the inventor of the invisible mouse ‘Mouseless’ and the most creative system called SPARSH which allows users to transfer digital data by the use of human body. He has created Blinkbot, which is a wearable glasses system, by which wearer can gaze and blink to control the robot.

On completion of bachelors’ degree in Computer Science and Engineering from IIT Bombay, Pranav completed Master in Media Arts and Sciences from MIT and Master of Design from Industrial Design Center, IIT Bombay. He worked as a UX Researcher with Microsoft and finally joined MIT Media Lab as a research assistant.

He has been honored and widely acclaimed for being the first person to address the idea of SixthSense to the world. In 2009, his concept and research on SixthSense was awarded the ‘Invention Award’ by Popular Science, and he was named as one of the top 35 innovators in the world under the age of 35 by the MITTechnology Review TR35 and called “one of ten, best inventors in the world right now” by Chris Anderson. In 2010, he was enlisted among Creativity 50 by Creativity Magazine. In 2011, he was honored as one of the 15 Asian Scientists To Watch by Asian Scientist Magazine.

“SixthSense’ is a wearable gestural interface that augments the physical world around us with digital information and lets us use natural hand gestures to interact with that information.”
Info Source: www.PranavMistry.Com 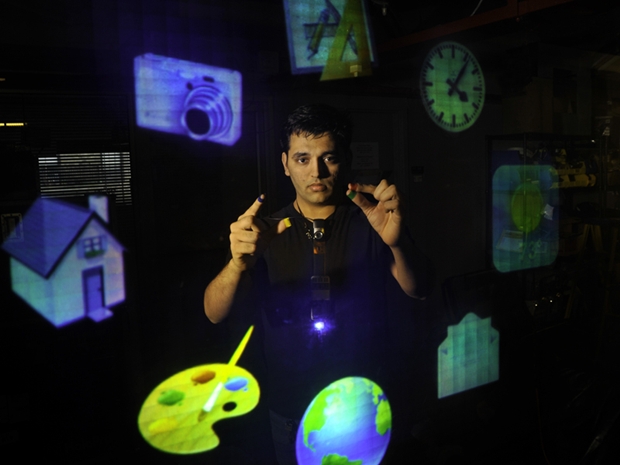