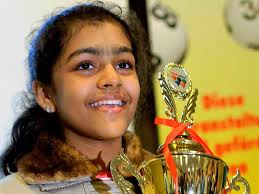 Priyanshi Somani has received several awards and titles including the youngest participant and winner of the Mental Calculation World Cup 2010, which was held at the University of Magdeburg, Germany; “Pogo Amazing Kids Awards 2010” in genius category; winner of International Olympiad of Mathematics in 2008; a record holder of the Limca Book of World Records and also a World Cup Record holder in calculating square roots. She is also the recipient of the Outstanding Delegate Award in the third annual conference of CheongShim International Academy Model United Nations in 2012.