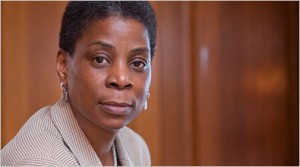 Ursula M Burns is the first African American woman to lead a Fortune 500 company as well as the first female CEO to take the reins from another woman. She experienced her poor family condition and saw her mother working hard at a daycare center and ironing shirts for people in order to afford her Catholic school expenses. She was strong from her childhood and she never listened to her teachers who would advise her to pursue a career as a nun, nurse or teacher. In 1980, she completed her bachelor of science degree from Polytechnic Institute of NYU in Mechanical Engineering and a master of science in Mechanical Engineering from Columbia University.

In 1980, she worked for Xerox as a summer intern and after completing her master’s degree she joined the company where she worked as a product development and planning consultant for some years and in 1990, seeing her potential, Wayland Hicks, the senior executive of the company offered her a job as his executive assistant. Her life took a turn towards biggest success in 1999, when she became vice president for global manufacturing; and in 2000, senior vice president and finally in 2009, she became CEO of the company. Burns works on several professional as well as community boards that includes American Express, Boston Scientific, FIRST, National Association of Manufacturers, University of Rochester, the MIT Corporation, the Rochester Business Alliance and the RUMP Group. According to Forbes 2009 she is the 14th most powerful woman in the world.

She calls her mother to be her biggest influence and motivation. She would consistently tell her great sayings while she was a child, one of them was: “Where you are is not who you are.”