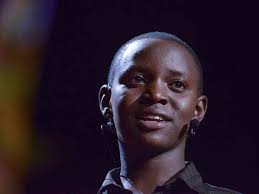 A Thirteen-year-old bright Maasai boy Richard Turere from Kitengela, a small village on the Nairobi National Park, in Kenya has developed an incredibly innovative solution – a flashing light called ‘Lion Lights’ to keep lions away from villagers and their cattle. At the age of nine, while herding his family’s cattle, he first stumbled upon a terrifying situation – lions would come and take away villagers’ cattle at night and nobody could do nothing about it. He heard several stories of lions killing the villagers and in retaliation, villagers killing the lion.
To prevent such night attacks and save his family cattle, he started experimenting on how to scare lion away. He started with kerosene lamps and scarecrows as he wanted to find the solution without killing such critically endangered animal (approximately 2,000 lions left) in Kenya. His tricks kept failing until he came up with Lion Lights that flashes around the cow shed and gives lions an illusion of human walking around with a flashlight.

His simple solution worked so successfully that today it is being used by the thousands of families in Kenya, Zambia and Tanzania. Richard has been awarded scholarship to study at one of Kenya’s best schools. He aspires to be an aircraft engineer and innovator after finishing his college education.

Richard Turere: My invention that made peace with lions