From Office Boy To The Richest in Southeast Asia, Robert Kuok’s journey to financial success! 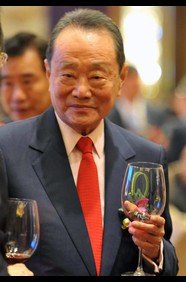 Robert Kuok Hock Nien, a Malaysian businessman of Chinese origin, was born in Johor Bahru, Johor, on October 6 1923. He was the son of a well-off commodities trader who migrated to Malaysia in the beginning of the 20th century in pursuit of better prospects. Today, Kuok owns multiple enterprises across Malaysia and has investments across the countries like Australia, Fiji, Singapore, Philippines, Mainland, Thailand, Indonesia and China including 10 bottling companies of Coca Cola. He also owns the Beijing World Trade Centre. Kuok’s diverse business interests include the fields of sugar refineries, sugarcane plantation, oil, mining, finance, trading, properties, freight, and publishing. He owns Transmile Group, for transporting freight between India and China by air, and stakes in Malaysia International Shipping Corporation.

Robert Kuok completed school education from Raffles Institution in Singapore. After completing his graduation, he started his career as a merchant of Sugar, wheat flour and rice. However, Kuok claims that the first job he took up was working as an office boy. Between 1942 and 1945, he served in Japanese industrial conglomerate Mitsubishi, a grain department; and in 1949, he founded the Kuok Brothers Sdn Bhd to invest in sugar refineries. In 1957, Malaysia became independent and he started expanding his business across the country. In 1961, he began buying cheap sugar from India and selling it to Malaysia. Soon, he controlled 80% of sugar market of the country with 1.5 million tones productions. He achieved the title of ‘the sugar king of Asia’.

In 1971, Robert Kuok established the first Shangri-La Hotel in Singapore. He founded his second hotel the Kowloon Shangri-La at the Tsim Sha Tsui East waterfront in 1977. In the year 1993, his company the Kerry Group purchased a 34.9% stake in the South China Morning Post from Rupert Murdoch’s News Corporation and the same year on April 1, 1993, he officially retired from the company and started living in Hong Kong. He has also been chosen as one of the representatives of the Hong Kong sovereignty.
Kuok Group has sold two of its sugar industries in Malaysia for $365 million
According to Forbes Magazine 2011, he is the world’s 61st richest person with $12.5 billion fortune.