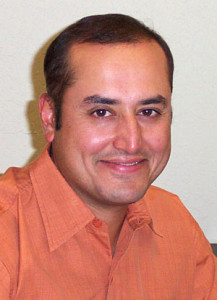 Indian American entrepreneur Sabeer Bhatia is widely known as the founder of a free web-based email service Hotmail email services in July 1996. On completion of his early education from the Bishop’s School in Pune and at St Joseph’s Boys High School in Banglore, he moved to the United States in 1988 to earn a bachelor degree at the Californa Institue Of Technology after which he also earned a master degree in electrical engineering from the Stanford University. On finishing masters, he joined Apple Computer as a hardware engineer and later he worked for Firepower Systems Inc. While working, he, along with his coworker Jack Smith founded Hotmail, which became the world’s second largest e-mail provider with over 369 million registered users after Google’s Gmail service. In 1998, Microsoft took over Hotmail for more than $400 million and Bhatia played the most significant role behind Hitmail’s rapid growth until 1999 when he finally left Microsoft for his new venture an e-commerce firm Arzoo Inc. He also founded Live-Documents.com, Blogeverywhere.com, and Sabsebolo.com, which was acquired by a social communications company Jaxtr in 2009

Sabeer Bhatia’s success earned him widespread fame, and honors from across the globe; ‘He was honored the ‘Entrepreneur of the Year 1997’ by the venture capital firm Draper Fisher Jurvetson, recognized as one of 100 young innovators to have a great impact on technology and awarded ‘TR100’ by MIT, chosen as one of the ten most successful entrepreneurs of 1998 by San Jose Mercury News and POV magazine and called the ‘Elite 100’ by Upside magazine in the New Economy.