Sachin Dev Duggal co-founded nivio along with Saurabh Pradeep Dhoot with an aim to seek out a way to make technology cheaper so that more schools and students are benefited. A dream of educating 100 million kids in the next 50 years! 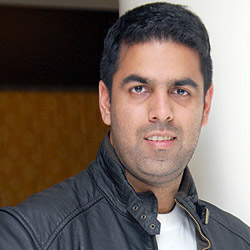 The 28 year old Sachin Dev Duggal has been making news for several years. At the age 14, he started a business of assembling and repairing computers. Getting into business was not an idea that crept up on him overnight. Sachin remembers, “Once I messed up my mother’s computer by accident and instead of calling a hardware engineer, she asked me to fix it. I read some books and got it running.” It was then he realized that assembling and running computers was a profitable business with close to 100 percent margin. He started his business for pocket money but ended up saving over 10,000 pounds as a profit, all in less than a year.

At the age 17, Duggal wrote software for Deutche Bank. The software helped the bank to automatically and electronically trade stocks in different markets.In 2000 Duggal teamed up with Saurabh Pradeep Dhoot and together they founded Nivio Technologies, a company that moves desktop software and storage into the cloud . It enables users to run desktop applications such as Microsoft Office on any desktop, laptop, tablet, or Smartphone device with an HTML5-compatible web browser. The company also provides maintenance and cloud storage facilities, allowing user to sync and access files by using Internet. Nivio is headquartered in California with offices in London, Gurgaon and South Yarra, Australia.

In 2012, MIT featured Sachin Duggal in ‘India TR35 2012 List’. Previously, he was awarded with PriceWaterhouseCoopers Leader of Tomorrow and BBC Young Asian Achiever of the Year 2009. he was also the finalist of Ernst & Young Entrepreneur of the Year. His company Nivio Technologies was recognized as a World Economic Technology Pioneer by the World Economic Forum in 2009.