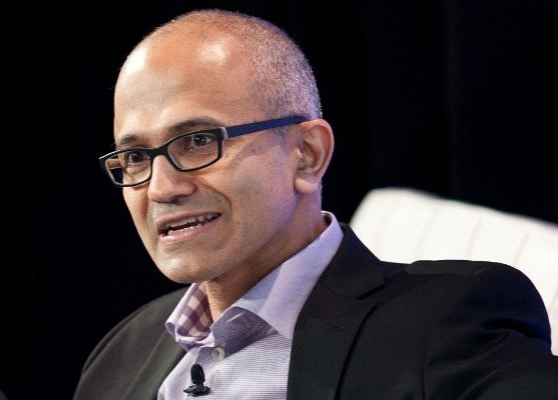 Today, in a press release, Microsoft Corp. announced that Satya Nadella had been appointed as as CEO and member of the Board of Directors. Nadella, who has been serving Microsoft as the Executive Vice President of Cloud and Enterprise group, has taken the charge effective immediately.

“Satya is a proven leader with hard-core engineering skills, business vision and the ability to bring people together. His vision for how technology will be used and experienced around the world is exactly what Microsoft needs as the company enters its next chapter of expanded product innovation and growth.” Microsoft founder Bill Gates was quoted as saying. He further added that there was no better person to lead the company other than Satya Nadella.

Who is Satya Nadella?

He was born in 1967, in Hyderabad, into a Telugu Brahmin family. His father served as an IAS officer and was appointed as a member of India’s Planning Commission during the years of 2004-2009. Nadella finished his schooling from Hyderabad Public School in Begumpet and B.E. from Manipal Institute of Technology, Manipal, Karnataka. He moved to the United States to complete an M.S. in Computer Science from the University of Wisconsin–Milwaukee. On completion of studies, he joined Sun Microsystems and finally moved to Microsoft in the year 1992. Soon, he was promoted to the post of senior vice president of the Research and Development team of the Online Services Division and later vice president of the Business Division. It is said that Nadella played crucial role in transforming Microsoft’s business and technology culture from client services to cloud infrastructure and service. He is also credited for the development of one of world’s largest cloud infrastructures supporting Bing, Xbox, Office and other products services.