Simon Phillip Cowell, a television producer and television personality, is best known as a talent judge on popular TV shows such as The X Factor, Pop Idol, Britain’s Got Talent and American Idol. Besides being a television artist, he is also popular for his contribution to television as well as recording industry and for his promoting different talented artists. 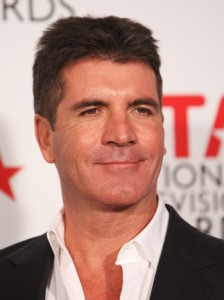 He was born in Lambeth, London to a music industry executive and real estate agent/developer, Eric Phillip Cowell and a former ballet dancer, Julie Brett. After completing his schooling he did some material jobs but could not accomplish much until he got the job as the assistant to an Artists and repertoire (A&R) man with the assistance of his father. He left the company in the early 1980s. Later, he worked as a manager of choreographer Arlene Phillips for Iain Burton, and during the time he received his first success in music industry by building Fanfare Records into an extremely successful ‘indie’ pop label, which had numerous talented pop singers including Sinitta whose over 500,000 copies of her debut single “So Macho” and over 500,000 copies of Rondo Veneziano were sold. In 2001, ITV Controller of Entertainment Claudia Rosencrantz appointed him as a judge on the first series of Pop Idol and in 2002, he was appointed the judge on the first season of American Idol.

In 2010, he was enlisted among “The World’s 50 Most Influential Figures 2010” by the British magazine New Statesman. He is also the owner of the television production and music publishing house Syco. His worth has been estimated of £200 million.