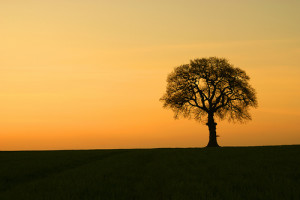 On occasions you have to turn away from the things around to discover the self-richness and illuminate the worth of your existence in the world. I find solitude to be a place of self-purification and inevitable experience of infinite self.

Loneliness or isolation is bitter that hunts you with intense grief; whereas solitude is a peaceful silence away from excess of exterior clamor and clatter to rest your desperate mind and and nourish your body, soul and spirit.

Solitude is not the boredom, rather a remarkable opportunity that extracts the hidden gems from your deep within and makes the best use of them.

Solitude is not the waste of your precious time, rather finding solace in your own company and revealing an extraordinarily, innovative and imaginative person beneath the frustrated and messed up exterior. In solitude you meet an unmasked stranger- a broader definition of yourself- hidden within.

In the non-stop communicative era, solitude is a divine blessing for self-contemplation and meditation where you explore the unlimited version of your powerful being who ensures assistance in nurturing your individuality.

Solitude is a taste of tranquility and state of freedom where you are luxuriously engrossed in doing things of your own preferences and eliminating the boundaries of materialistic world to achieve the every impossible task.

Solitude is consolation from the soul-mate. When the feeling of ‘devoid of care and sympathy’ overwhelms you, remember there is a best-friend inside you who fulfills you with ‘completeness of your own presence’ in your emptiness, embraces you when you are surrounded by heaps of troubles, whispers hopes and truth when you are distressed and blind with false notion, awakens your slumbering state to grab opportunity and enlightens you with wisdom. Solitude is itself an accomplishment and a fulfillment as a being.

Every greatest personality had/has shown tremendous appetite for solitude. Solitude enlightened one of the greatest spiritual gurus of all time ‘Buddha’ with greatest knowledge and wisdom of life.

Wolfgang Amadeus Mozart, the most influential composures of classical era, preferred to be with himself while composing his master pieces.

“When I am, as it were, completely myself, entirely alone, and of good cheer–say, traveling in a carriage or walking after a good meal or during the night when I cannot sleep–it is on such occasions that my ideas flow best and most abundantly.” – Wolfgang Amadeus Mozart

Theoretical physicist, philosopher and author Albert Einstein who is the most intellectual scientists of his time adored solitude to nurture his creativity.

“I live in that solitude which is painful in youth, but delicious in the years of maturity.” Albert Einstein

“I take time to go for long walks on the beach so that I can listen to what is going on inside my head. If my work isn’t going well, I lie down in the middle of a workday and gaze at the ceiling while I listen and visualize what goes on in my imagination.” Albert Einstein

One of the greatest and most influential Spanish painters of 20th century Pablo Picasso is widely known for his wide variety of works.
“Without great solitude no serious work is possible.”- Pablo Picasso

Adeline Virginia Woolf was a popular and respected English writer, who was significant figure in London literary society. Some of his most famous works are Mrs Dalloway in 1925, To the Lighthouse in 1927 and Orlando in 1928.

“In solitude we give passionate attention to our lives, to our memories, to the details around us.” ~ Virginia Woolf

American writer and editor Carl Sandburg, who was known for his poetry, won three Pulitzer Prizes for his poetry and biographical novel on Abraham Lincoln.

“One of the greatest necessities in America is to discover creative solitude.” Carl Sandburg