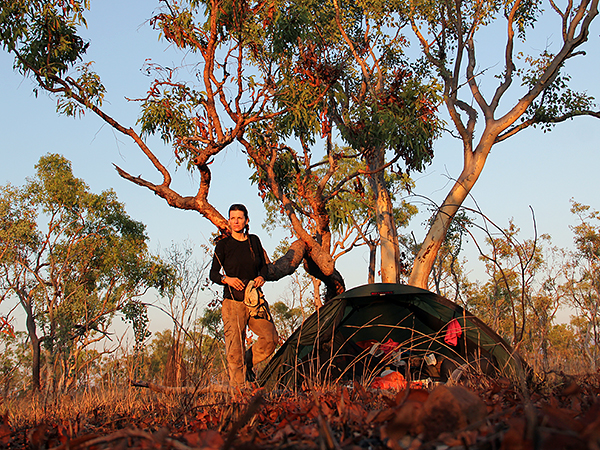 Well, there are some who find pleasure in pushing the limit of their stamina to discover what’s more in nature, and seek solace in the solitude with nature. They starve themselves in the desert; get frozen in the Arctic but ultimately they reach the place where they love to be, at any psychical cost.

42-year-old explorer, solo adventurer, extreme walker and speaker Sarah Marquis from Montsevelier, Switzerland has walked 16,000 kilometers in three years from Siberia through the Desert of Gobi, China, Laos and Thailand then to Brisbane, Australia with her cargo boat, and walked across the continent.

From the very childhood, she had developed a mysterious habit of seeking pleasure in sufferings, troubles and solitude. When she was eight years old, one afternoon, she left home without informing her parents to the nearest forest with her dog to explore its length and breadth and spent the whole night in a cave under the bats coated ceiling, which she found to be very exciting and fascinating. At 17, she crossed Central Anatolia in Turkey with her horse. In 2000, she walked for four months and six days from the Canadian border to the Mexican border. In 2002 and 2003 she walked 18,000 kilometers around the Australian continent for 17 months, in 2006 she walked over 9000 kilometers through the Andes for eight months and in 2010 she left the city of Irkutsk in Siberia and headed towards the south. During the whole journey, she has been to various circumstances and dangers – she had been in temperature varying from minus 22°F to 124°F, from intense and impenetrable forest to vast expanses of deserts.
Sarah Marquis has been captivated and robbed by a group of 15 men with automatic weapons, harassed and intimidated by horsemen at night. She spent three days alone with dengue fever in the Laos jungle. In order to survive, she drank snake’s blood, slept in dangerous places at night in jangle.
During the journey she hid her femininity by disguising as a man – wearing loose clothes, big sunglasses, hair heaped up in a hat.

In an interview with National Geograpic, she says, “I feel walking is beyond walking for me. It let me feel like a little bridge between humans and nature and I’m there to try to understand and communicate this connection that we’ve got. It takes lot of courage and determination to go for it but I feel anybody can accomplish it with little desire.”

Sarah Marquis has written a book titled “Wild by Nature”, which is available only in French, it details her exploration of nature. In 2014, she won the National Geographic’s Adventurers of the Year award.