We have got only one life to live with no promise of tomorrow and no control over what the fate’s decree. Sometimes, there is no second chance or next time, it is either ‘Now’ or ‘NEVER’. An opportunity or chance can never be the same; the next is either better or worse than the first. 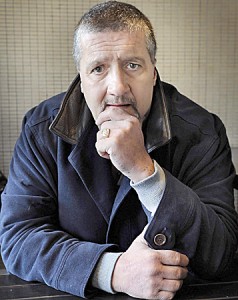 Today, I stumbled upon the story of former Melbourne criminal Mark Brandon “Chopper” who spent over two decades of life in prison and was convicted for over a hundred crime charges including being involved in killing 19 people. He later went on to become the bestselling author of several crime novels. Today, at the age 57, he is a free man, a celebrity and wants to relive his life. But life seems to be slipping out of his hands; he is on the way of his last breath. He desperately needs a second chance to prove that he is far better as a person. His life has denied him a second chance; he has been diagnosed with terminal liver cancer and he confessed that he was not going to live for more than 3 months.

Thinking twice on your action is far better than regretting later. Once you are confident about the decision, don’t hesitate or look back.