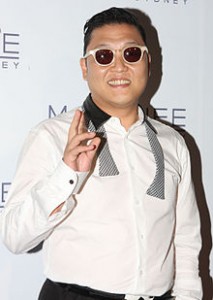 Park Jae-sang is a South Korean Pop artist, songwriter, rapper, and record producer who released his single Gangnam Style on July 15, 2012. The music video went viral immediately and became #1 on the Gaon Chart as well as the national record chart of South Korea. Ever since, it has created a mesmerizing sensation and with the growing popularity it’s dance forms and steps are being copied by many famous personalities, businessmen and political leaders that list includes the British Prime Minister David Cameron, Google’s executive chairman Eric Schmidt, and UN Secretary-General Ban Ki-Moon and others. On September 20, 2012, this song made Guinness World Records as the most liked video in YouTube history and as of November 10, 2012, this video has been viewed more than 850 million times. The catchy phrase “Gangnam Style” is taken from Gangnam district of Seoul and it refers to the lavish lifestyles in Seoul’s Gangnam district.

Psy comes from a very affluent family in Gangnam District, Seoul, South Korea. His father Park Won-Ho is the executive chairman of DI Corporation. In 1996, he went to United States to study business administration at Boston University and later he changed his plan and took interest in musical instruments and various entertainment equipments including electric keyboard, computer, and a MIDI. He dropped out his study and attended Berklee College of Music and that’s how his career started. He is better known for his humorous stage performances. He has already appeared on several popular Television shows including Saturday Night Live, The Ellen DeGeneres Show, The Today Show, The Golden Fishery, and The X-Factor and many others.