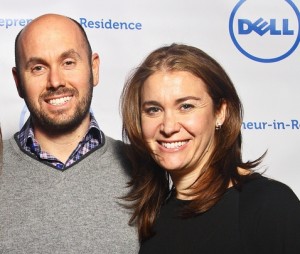 Back in 1996, when the brother-sister duo Stephen Messer and Heidi Messer first started Linkshare, the term ‘affiliate marketing’ DID NOT even exist and many were wary about the idea of starting such a business that solely relied on convincing companies to sell their products through your network.

The idea seemed unrealistic when, after a year long hardwork, direct marketing and planning ended up in just 15 businesses signing up. At this stage, when most of us would have given up on the idea, What kept them going was an unwavering self-belief. The siblings knew that the idea was viable and that it needed time to develop and mature. They persisted on and trusted the business process. Eventually, by the end of 3rd year, they had 150 business’s signed up into Linkshare. The toughest phase of their life was over. They were now receiving requests from several Fortune 500 companies to be the part of the network.

In 2005, almost 10 years later, Linkshare had 10 million partnerships between publishers and advertisers and they sold it to Rakuten for a staggering $425 million in cash. 10 years of patience and persistence resulted in a very large pay day!!

Currently, Stephen Messer and Heidi Messer run New York City based Collective[i], a Business Intelligence company which they founded in 2007.