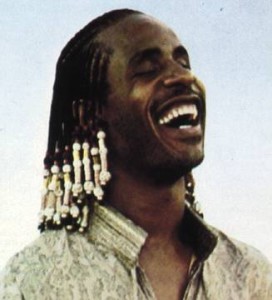 Widely-beloved American icon Stevie wonder, twenty-two times Grammy winner, is known to be the most creative and ever awarded solo artist. He was born a premature infant on May 13, 1950 in Saginaw, Michigan as Steveland Hardaway Judkins. Blind by birth due to receiving excessive oxygen in the incubator as a premature baby, he developed insatiable appetite for music and different kinds of sounds from the very early age. Wonder learnt a wide variety of instruments including the piano, harmonica, and drums before the age of ten. At the age of 11, he was discovered by Ronnie White of the Motown band, the Miracles and by the age of 13, he recorded his first major hit ‘Fingertips’ from his debut album Little Stevie Wonder the 12 Year Old Genius. This song became No. 1 hit on the Billboard Hot 100 and R&B charts, which made him the youngest artist in its history and he quickly came in public consciousness. His journey of success started and continued throughout the late 20th century with his consistent relevant music.

Instead of confining himself in a specific kind of music or sound, Stevie Wonder experimented and recorded in diverse genres, mixing different elements of soul, funk, rock & roll, stylish Broadway/Tin Pan Alley-style pop, reggae, jazz, and African elements and he preferred touching them with his own personal form of expression. His creative taste for sentimental ballads, sophisticated arrangement, heightened awareness and knowledge of sounds helped him create vibrant and colorful music that made him one of the unquestionable geniuses of late 20th century. He created hope and energized people with his optimistic music. Some of Wonder’s best known works are singles such as ‘Sir Duke’, ‘Superstition’, ‘I Just Called to Say I Love You’ and ‘You Are the Sunshine of My Life’ and the most popular albums are: Songs in the Talking Book (1972), Innervisions (1973), Fulfillingness’ First Finale (1974) and Key of Life (1976).

“Just because a man lacks the use of his eyes doesn’t mean he lacks vision.”

“You can’t base your life on other people’s expectations.”

“When you’re moving in the positive, your destination is the brightest star.”

“We all have ability. The difference is how we use it.”

“Did you know that true love asks for nothing?
Her Acceptance is the way we pay.”

“Mama was my greatest teacher, a teacher of compassion, love and fearlessness. If love is sweet as a flower, then my mother is that sweet flower of love.”

“Ability may get you to the top, but it takes character to keep you there.”

“I am what I am. I love me! And I don’t mean that egotistically – I love that God has allowed me to take whatever it was that I had and to make something out of it.”

“Life has meaning only in the struggle. Triumph or defeat is in the hands of the Gods. So let us celebrate the struggle!”