According to Yoshikazu Tanaka, “success doesn’t necessarily require unique and great ideas; it can be replicated with hardwork and passion.” 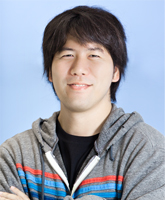 Yoshikazu Tanaka, a Japanese entrepreneur and coder, is best known for the development of Japan’s largest social networking service GREE. Initially, GREE was accessible only for PC users, but later with the increasing popularity of the service and the advent of Smartphone technology, it was extended for feature phone users. It comes with hundreds of features that include social gaming, flash-based games, blogs, fortune telling, news sharing, micro-blogging and several other social networking functions. In 2010, GREE, Inc. launched the service for iPhone and Android users. The company generates revenue through advertisement and paid services sales.

As a school student, Yoshikazu Tanaka wasn’t quite interested in computer and Internet technologies. But his life changed after reading a futuristic book titled Powershift, which was written by Alvin Toffler and released in 1980. In 1996, during his short trip to the U.S. Tanaka first browsed the Internet. Three years later, he completed his degree in politics and economics from Nihon University and spent a brief time as an intern at an Internet subsidiary of Sony after which he worked for Rakuten the company which later became Japan’s largest eCommerce multinational.

The Making of GREE

In 2003, Tanaka came to know about Friendster, a social networking website that allowed its users to play free online games. He did his research but could not find any similar website in Japan, so he learned coding and coded the first version of GREE from his Tokyo apartment. The same year, Tanaka left the job to devote his all working hours to the website and in 2004, he officially launched GREE to the public as a personal website. Within one month, by March 2004, more than 10,000 users had already joined him. By the end of the year, the number exceeded the 100,000 mark and in December he founded GREE, Inc. to run the service successfully for the increasing number of users. In 2009, Tanaka joined the billionaire club and was ranked #24 among “Japan’s 40 Richest Billionaires” by Forbes ASIA. At age 33 he became “Asia’s Youngest and fastest Self-Made Billionaire”.

GREE was recognized as the fastest-growing tech company in Japan by Deloitte Touche Tohmatsu in 2009 as well as in 2010 with 2,636% revenue growth over three years. With 15 million users, GREE overtook number two DENA in September and is now very close to Mixi, which has more than 18 million users a month. GREE aspires to building the leading mobile social gaming ecosystem for developers as well as users across the world.