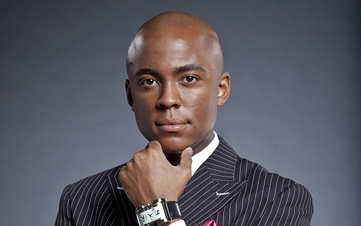 Farrah Gray, an American celebrity entrepreneur, syndicated columnist, best-selling author, and motivational speaker, is CEO of Farrah Gray Publishing. Farrah Gray, unlike most American kids, spent his early years in acute poverty and began working at the age of six. His first job was selling home-made body lotion and hand-painted rock bookends. Life wasn’t easy and Farrah would walk several miles visiting door-to-door in his Chicago neighborhood to make ends meet and take care of his ailing mother. By the time he was 17, he had gone through several businesses including a prepaid phone card company, Kidztel, and a food company for young ones named Farr-Out Foods, from which he earned approximately $1.5 million before he finally sold it. At the age of 20, Farrah published his first book, “Reallionaire: Nine Steps to Becoming Rich Inside and Out”, where he noted down all his experiences and journey to becoming the man he is today. His prominence progressed from national to international and Farrah became an entrepreneurial icon among the youths of America and other parts of the world.

In 2008, he received Under-Forty Class award from The Network Journal, in 2010, Trumpet Award and The Urban Business Roundtable’s Top 40 Game-Changers. He was also featured in the Famous Black Entrepreneurs list. Farrah has been frequently invited on radio channels; and has been written about in reputed newspapers and magazines such as the Washington Post, the Wall Street Journal, “O” The Oprah Magazine, and the New York Post. He is also a familiar face on TV shows including ABC World News Tonight, Good Morning America, Tom Joyner Show, The Montel Williams Show, Oprah & Friends, The Michael Baisden Show, TV One, CNBC, BET, NBC, FOX, CBS, BRAVO, PBS, NPR, Bloomberg, Ebony, Essence, Upscale, Black Enterprise and many.

When asked what’s the secret to success, Farrah Gray replied “In life we don’t get what we want, we get in life what we are. If we want more we have to be able to be more, in order to be more you have to face rejection.”