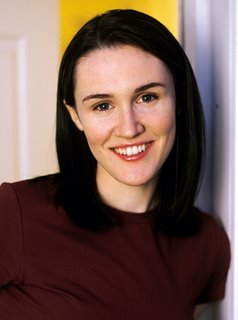 American motivational speaker Liz Murray is a living example of faith and hope put into action. She rose to fame through a battered childhood, adverse circumstances and early homelessness. Her success story proves that one can turn adversity into prosperity and create extraordinary in one’s life.

Liz Murray was born on September 23, 1980 in the Bronx, New York to the poor and drug-addicted parents who later contracted and died of HIV/AIDS. She was mostly neglected and left alone to starve and finally when her parents died, she became homeless at the age of 15. But instead of feeling hopeless, helpless and tormented, she was determined about settling everything in life. She remembered her mother wanted to fix her life with better purpose and she recalls, “Like my mother, I was always saying, ‘I’ll fix my life one day.’ It became clear when I saw her die without fulfilling her dreams that my time was now or maybe never.”

She would spend her nights on streets and yet managed to graduate from high school while fighting against extreme difficulties for having a better life. Murray received a full scholarship to Harvard University from where she earned a graduate degree in June 2009. In 2010, she became a New York Times Bestselling author writing her memoir

Her contribution and initiation earned wide appraisal and awards and honors for her including a Christopher Award, the White House Project’s Role Model Award and the “Chutzpah Award,” on the Oprah Winfrey Show. She has also been featured on Good Morning America, ABC News 20/20, CNN, the Today Show, in The New York Times, and many more.