“One is only happy in proportion as he makes others feel happy and only useful as he contributes his influences for the finer callings in life.” ~ Milton S. Hershey 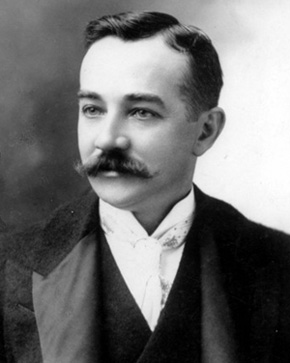 American entrepreneur, philanthropist and the founder of Hershey’s (a Chocolate manufacturing Company), Milton S. Hershey is widely acclaimed for introducing and popularizing fine chocolate products across the world. Coming from rural central Pennsylvania, with least formal education and less opportunities, he emerged himself as one America’s wealthiest businessmen.

Hershey was born on September 13, 1857 at a farm situated near Derry Church, a small Pennsylvania community and he was the only surviving child of Henry Hershey and Veronica Snavely. Due to frequent family shiftings, his studies were heavily interrupted. Moreover, he failed and went bankrupt at the age of 30 and failed again in his first candy business in 1876 in Philadelphia. After six years of consistent hard work he failed once again in his second candy business venture in New York City.
In spite of continuous failures and difficulties, he came back to Lancaster in 1886 and founded the Lancaster Caramel Company, where he finally found his outstanding success. He started shipping caramels throughout the world and the company was flourishing beyond the line. In 1893, Hershey got an opportunity to have a close look at the art of chocolate making at the World’s Columbian Exposition in Chicago and he became fascinated and decided in milk and chocolate. In 1900, he sold his company Lancaster Caramel Company for an amazing deal of $1 million.

On sale, Hershey acquired 1,200 acres of farm land near his birthplace of Derry Church where he established the world’s biggest chocolate manufacturing building with modern candy-making facility and mass product techniques. He could envision the potential of milk chocolate, and after trial and errors he finally developed his own formula which became famous as Hershey Kiss in 1907. His new company the Hershey Chocolate became more successful than his previous venture.

His personal life and philanthropy:

In 1898, Hershey married Catherine Sweeney with whom he had no child; therefore they decided to help others. In 1909, he established Hershey Industrial School with a Deed of Trust. After unfortunate and premature death of his wife in 1915, he gave away his major wealth for good causes. He handed over his ownership of the Hershey Chocolate Company to the Hershey Trust that funds the Hershey School.
In 1935, he founded a private charitable foundation M.S. Hershey Foundation that offers cultural as well as educational facilities for Hershey residents and funds for the Hershey Theatre, the Hershey Museum and Hershey Gardens, and the Hershey Community Archives.