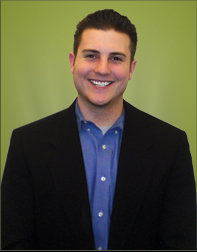 Originally from North Carolina, Ryan Allis is a social and technology entrepreneur. Allis exhibited his strong entrepreneurial skills from the early years of his life. In 1995, at the tender age of 11, he founded a consulting business Allis Computing to assist local senior citizens in understanding the process of using AOL to send pictures and other interesting stuffs to their grand kids. For the the service he would charge $5 dollar an hour. At the age of 14, he started wed designing and within two years he established Web marketing consultancy Virante, which employed 12 people. Today, Virante has evolved into one of the largest web development, social media and search marketing companies.

Ryan Allis teamed up with Aaron Houghton, whom he met at an entrepreneurship club while attending the University of North Carolina as an economics major and a Blanchard Scholar. Together they founded iContact, the provider of social as well as email marketing software and services. He is also the Wall Street Journal Bestselling writer of Zero to One Million. Today, the company has over 70,000 customers, over 1 million users and over 300 employees. In February 2012, he sold iContact for $169million to Vocus.

His accomplishments have earned him several honors and rewards in life. In 2006, Ryan was enlisted in BusinessWeek’s 25 Entrepreneurs Under 25, in 2008 he received the honors of Ernst & Young’s Entrepreneur of the Year Award for the Carolinas, in 2010 he was enlisted in the 30 Under 30 List of INC Magazine.