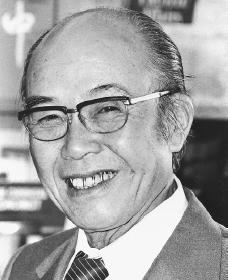 Soichiro Honda, a Japanese engineer, industrialist, and founder of the automobile giant Honda Motor Co., Ltd, was born to a talented and honest blacksmith, Gihei and Mika, an accomplished weaver. He spent his early childhood assisting his father with his bicycle repair business. From the very early years of his life, Honda showed tremendous curiosity and dexterity about machines. After completing school, at the age 15, Honda began his career in Arto Shokai in Tokyo as an apprentice auto repairman. In 1928, after returning home he opened a branch shop for the firm in Hamamatsu, Japan. In 1940s, he manufactured a small engine that could be attached to a bicycle to create a motorbike and his attempt became successful. His first success encouraged him to jump into the competitive marketplace of car and his precedent success assisted him to go ahead and receive success.

In 1972, Honda entered the US car market with its new model Honda Civic and it was an instant success. In less than 5 years, he sold 375,000 Civic in the US market. Civic continued to be Honda’s bestselling car selling a total of 18 million units as of now. In coming years, Honda launched several successful models and reached all the continents in the world. In the late 1970s while Toyota and Nissan could manage to sell one-third of their cars to the United States, Honda sold half of his cars in that market. In 1988, Honda became the first Japanese car-maker to be inducted into the Automobile Hall of Fame.

Honda’s humble beginning, persistence and determination made him one of the most powerful and influential businessmen of twentieth century. His story is known to be the most inspirational story that teaches us how to defeat stumbling blocks and win.

“I could not understand how it could move under its own power. And when it had driven past me, without even thinking why I found myself chasing it down the road, as hard as I could run.”

“There is a Japanese proverb that literally goes ‘Raise the sail with your stronger hand,’ meaning you must go after the opportunities that arise in life that you are best equipped to do.”

“Success represents the 1% of your work which results from the 99% that is called failure.”

“The value of life can be measured by how many times your soul has been deeply stirred.”