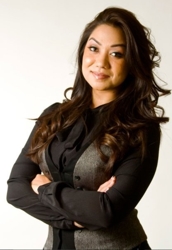 Sumaya Kazi is the Founder and CEO of Sumazi, a social network that intelligently connects people by offering them opportunities to explore people of varied interests and skills. Still a beta version, Sumazi aspires to creating an intelligent world, helping you connect with the people who can change your world.

Sumaya has added a new stratum of relationship by redefining the means of connecting people. She also founded an online media publishing company ‘The CulturalConnect’ that emphasizes on the young success from diverse nations and has already published more than 800 interviews of remarkable young professionals and talents with the readership in over 100 countries.

On completion of her grad studies from the University of California, the 22 year old Sumaya was hired by the Sun Microsystems, the company which develops innovative technology in the global marketplace. Within very short time her passion and honesty towards work got her promoted to the position of the Executive Communications, Worldwide Operations; and was handed over the New & Social Media teams with the responsibilities of developing creative programs to grab, engage and socialize by taking the advantage of emerging media

Sumaya Kazi has been profiled and featured in several renowned magazines, radio news and TV shows including Newsweek, CNN, and ABC News for her accomplishments. She has been identified as one of America’s “Best Young Entrepreneurs,” by BusinessWeek; an ‘Innovator to Watch in 2008′ by ColorLines Magazine; a “Woman of Influence,” by Silicon Valley Business Journal; a “Young Person Who Rocks,” by CNN; and one of “50 Visionaries Changing Your World by UTNE Reader Magazine”. She was the youngest to be invited to attend Nobel Peace Prize Winner Muhammad Yunus in a ‘Meeting of the Minds’.