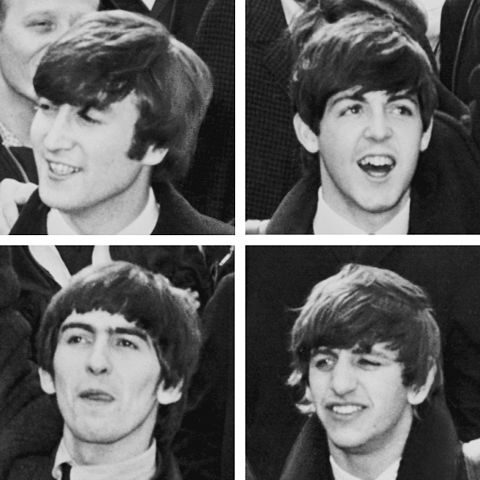 The Beatles was an English rock band that was formed in the last months of 1960 in Liverpool and soon became the most successful band in the history of music with global sales exceeding 1.1 billion records. The phenomena that they created was named Beatlemania: They topped the Billboard magazine’s list of the all-time most successful “Hot 100” artists in 2008. According to Time Magazine they are amongst the 20th century’s 100 most influential people.
Further, in an estimate by the EMI Group, The Beatles are the highest-selling band in history with sales that went beyond a billion units. The band received an Academy Award for Best Original Song Score, 7 Grammy Awards, and 15 Ivor Novello Awards from the British Academy of Songwriters, Composers and Authors. According to The Recording Industry Association of America, by the year of 2012 they have sold 177 million units only in the United States which is more than any famous artists. They also hold the record for remaining for the longest period of time on the Billboard albums chart over the period of 1964 to 2001. According to the United World Chart, the Beatles have 16 most hit and most popular songs among the 100 most successful tracks of all time. In the British album charts, Beatles have the most no. 1 albums and 17 No. 1 hits. In 1964, Beatles dominated the British and American charts by occupying the top five positions on the Billboard Hot 100 singles, the first two positions in the British albums chart, the no. 1 position in the British singles chart, and the no. 1 position in the British EP chart.

The Beatles evolved in the early 60’s with four significant members of the band, John Lennon, Paul McCartney, George Harrison, and Ringo Starr. The band not only experimented with different styles of music but also transformed the entire generation of it. They broke the mindset of aspiring musicians to follow the long and restricted traditional way of creating music and set a new trend to come up with their own innovative style. They inspired thousands of aspiring musicians, rock-stars and song-writers and influenced their imagination of different kinds of music. Their experimentation with music dramatically changed the way the music is being born and this proved to be the most noticeable factor for them to rule the hearts of music lovers across the world. Hard Rock, Art Rock, Progressive Rock, Heavy Metal, Country Rock are some of the new, fresh and invigorating kind of music that emerged in 70’s.

Their influence went far beyond the music and people started mimicking and following all they could do including haircuts, clothing, and outlook and overall style and the Beatlemania was first witnessed in Britain on 13 October 1963 when thousands of people appeared at the London Palladium. The band accomplished everything within seven years. Some of their iconic songs are “Love Me Do”, “Hey Jude” “Can’t Buy Me Love”, “Yesterday”, “Day Tripper”, “Here comes the sun”, “Let It Be”, “A Hard Day’s Night”, “I Feel Fine” and several others.
In 2003, Rolling Stone ranked the band at #1 on the “500 Greatest Albums of All Time.

Timothy Leary, a controversial but famous psychologist and writer, once wrote, “I declare that The Beatles are mutants. Prototypes of evolutionary agents sent by God, endowed with a mysterious power to create a new human species, a young race of laughing freemen.”