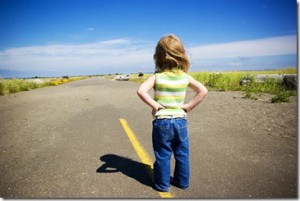 A 100 percent commitment to CAN is more powerful than any dynamic force in the world – circumstances, money, education, or innate talents. Don’t get trapped into the vulgar mistake of abiding yourself by the self-slaughtering voice that shouts ‘You can’t’. It underestimates your self-worth by multiplying your insecurities. Extreme self-consciousness is a human folly that consistently emphasizes on unworthiness in accomplishing the task of doubt or fear.
Your thoughts are the products of your perception, and are largely determined by your attitude and the way you react to the things you encounter on a daily basis. ‘I CAN do it’ redirects your disappointments into positive possibilities, shifts your interrupting thoughts ‘what I could have, would have or might have done’ into ‘I can and I will do it’. Your commitment to CAN energizes you with substantial and steady optimistic perspective, and ignites a profound faith on finest and strongest impulse of achieving anything regardless of the circumstances.

“People are like stained-glass windows. They sparkle and shine when the sun is out, but when the darkness sets in their true beauty is revealed only if there is light from within.” ~Elisabeth Kübler-Ross

Research states that pessimists are more realistic than optimists and yet the success rate of the optimists is 10 percent higher than the pessimists. Pessimists’ accomplishments are limited by their self-restraining thoughts and practical measurement of the chances of success whereas optimists’ triumph is calculated by the humble and reasonable confidence on ‘we are powerful beyond measure’ and genuine hope on ‘discovering those sleeping geniuses in deep within’. Pessimists are successful in saving themselves from seemingly unnecessary difficulties and failures; however, they literally live like a proverbial frog without exploring and implementing all the wealthy resources they ever long for, seldom realizing that they existed within and with which they could have built an empire of successes.

Successful people stay honest towards their commitment to CAN. A synonymous to genius Thomas Edison was called ‘too stupid to learn anything’ by his teacher, fired from job as being ‘completely unproductive’ and failed several thousand times to finally invent electric lightbulb. But did his failures, rejections and challenges strayed him from his CAN to attitude? His commitment to CAN was far stronger and prominent than inclination to give-up shouts in front of difficulties.

Orville and Wilbur Wright brothers, self-taught engineers, battled against depression and family illness before starting bicycle repairing shop to make a living, failed at numerous attempts at creating flying machines and faced criticism for tons of failed prototypes but their dedication to CAN attitude led them to pursue their curiosity, which ended up revolutionizing the traveling practice across the world.

Honda, today, is the one of the world’s largest motorcycle manufacturer and one of the most profitable automakers but its founder Soichiro Honda had his own share of difficulties to make the company stand tall. His invention ‘Piston ring’, where he invested all his fortune and hard work for his dream company Toyota Motor Corporation, was turned down instantly by saying he couldn’t meet their standard. He continued to be almost unwaged until the end of World War II when his neighbours starting buying his home-made experimental scooter. Consequently, he established his own company. His commitment to CAN became consistently stronger with the growing number of challenges.