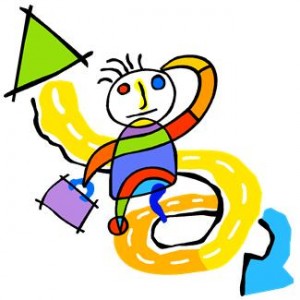 Does your conscience trouble you about making the right decision? Are you endlessly reading ‘How-To’ books or approaching ‘Self-Help’ Gurus and are yet without any solace? Read on to discover more about yourself.

Harry, a management executive, once received a letter in an old, tattered envelop. He tried hard to recollect whether he knew the sender. As he was busy he put the letter in his bag, to read it later. On his way back home, it struck him that the letter was from his college English teacher. Memories of the good old days flooded his mind for  few moments. The English lectures had always been special for Harry. In his college days, he had won many prizes for English essays and poems. His teacher was certain that Harry would opt for a career in literature. However, as years went by, due to peer pressure and the norm of the day, he went on to study management.

Harry came back into the present with the jerk of his stopped car. On reaching home he read the letter with childlike excitement. The teacher wanted to meet him the next day. But his address was in a second envelope mentioned ‘Address’. Also, it said that Harry should come alone and without a personal vehicle.

The next day he set out to meet his teacher. Getting down at the mentioned station, he read the first note from the envelope, which was a bit amusing, “Come to Andrew’s Coffee Shop and read the next note marked ‘2’.” Harry arrived at the shop after asking for directions from the passers-by. The second note read, “Now take the right turn.” Harry could see a hotel down the right turn.

It was already noon and Harry was hungry. Having forgotten that he had to meet his teacher, Harry entered the hotel. He left the hotel after having a sumptuous meal. Suddenly, he remembered his teacher. He hurriedly opened the third and the last note which said, “And come straight towards the library.” Harry walked down the road for a long time but couldn’t see a library. He enquired at the local shops but they said that there was no library in the locality. Frustrated and tired of the game, he came back at the Andrew’s Coffee Shop.

After a cup of coffee, he asked the shop owner about the library. He pointed towards the lane which went left from the coffee shop. Surprised at how close he had been to meeting his teacher, he hurried towards the library. The teacher, who was reading in the library, greeted him with a smile. Already expecting a frustrated Harry, the teacher asked him to read the second note again. It read, “Now take the right turn.” “It never said ‘Turn right’”, said the teacher. “Harry, you know me better. How can you expect me to while away time in a hotel?”

On your way to achieving your goals have you forgotten meeting them and ‘turned right’ instead of taking the right turns?