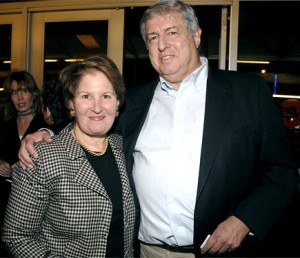 ZAGAT Survey was founded in 1979 by a couple Tim and Nina Zagat to collect user-generated reviews, ratings and trusted information about restaurants. It features more than 30,000 of the best and top restaurants to eat and stay in hundreds of cities across the world and rates nightlife, zoos, shopping, music, theaters, movies, golf courses, and airlines. In 2011, Zagat was acquired by Google for a staggering $151 million dollar.

Who are Tim and Nina Zagat?

Tim and Nina Zagat are Co-founders of Zagat Restaurant Surveys. They were fellow students at Yale Law School and got married and practiced together after graduating in 1966. Later, they moved to New York and became corporate lawyers. Before their venture, Nina Zagat worked for Shearman & Sterling firm, and was known for her role in administration of the Seward Johnson estate. Later, when both of them moved to Paris, they started to assemble the list of Parisian restaurants and rate them according to the quality of their service. Soon they envisioned the idea of involving people to rate restaurants according to their choices and that’s how their story began.

They have received huge appreciation from several prestigious magazines and TV channels across the world. In 2000, they were named the Entrepreneurs of the Year by Ernst & Young; in 2001, Nina was named one of the Leading Women Entrepreneurs of the World by the Star Group; in 2001 they were featured in the list of New York City’s most influential people in technology and the same year they were inducted into New York University‘s Entrepreneurship Hall of Fame; in 2007 she was listed in New York’s 100 Most Influential Women.