Almost a century-old, French-style Oheka Castle Hotel was built in 1919 in the middle of a 443 acre plot on the highest point on Long Island by the financier and philanthropist Otto Hermann Kahn. The building cost him $11 million, which is over $100 million by today’s standards. After 1979, the hotel was abandoned and heavily reconstructed with 32 grandly adorned guest rooms, ballrooms, formal gardens and eight reflecting pools. 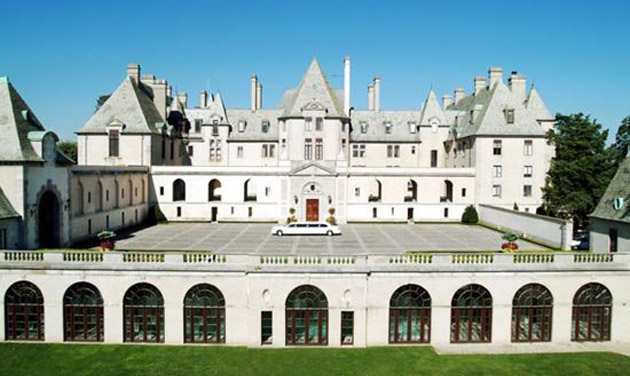 Estancia la Candelaria
Lobos, ARGENTINA
Situated in the grassland on the outskirts of Buenos Aires, Argentina, the French-style castle Estancia la Candelaria which was built at the end of the nineteenth century. It is now a grand hotel comprising of bungalows, hacienda guest rooms and a windmill. The interior design has features of both pastoral as well as modern decoration that has an emphasis on inventive details like oak floors, a marble fireplace and elegant furniture imported from Europe. It makes its guest feel to be authentic about its original place. It has 245-hectare surrounding grounds planned by French landscape artist Carlos Thays, providing facilities of horseback riding and weekend gaucho parties with conventional folk dancing. 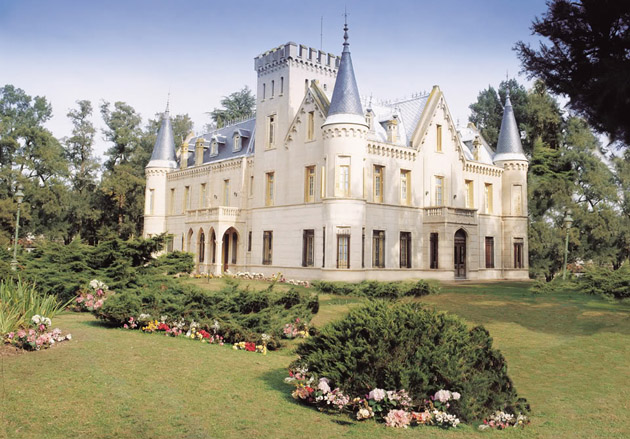 The 900-year-old stone monument Amberley Castle is located in the village of Amberley, West Sussex of England. It represents original medieval architecture that includes a high curtain wall and towers, a hall and a gateway and its unique structure. Every guest room features historic character as well as modern luxury including contemporary luxurious whirlpool tubs. Flourished gardens, a croquet lawn and restful ponds have made it to be a perfect place for anyone who wishes to get back to a relaxing space far from modern rat race of life. 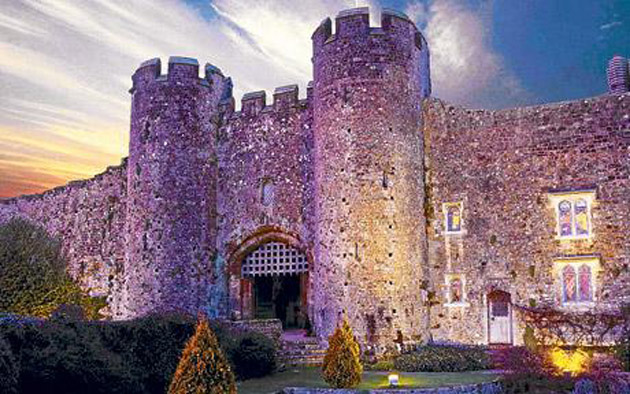 Built in 13th-century, fortress Château du Peyruzel is located about three miles from the town of Domme in the Dordogne wine region. After surviving the Hundred Years War and serving as the luxurious shelter of princes, it now a place that embraces guests who come seeking leisure, luxury and exclusive retreat. Bedrooms are decorated with antiques and the hotel provides a salon, library, reception room and dining room adorned with its own original characteristics. For outdoors, one can expect a hilltop pool, gardens and acres of personal forest for leisurely strolls.

The most romantic hotel of India ‘Lake Palace’ evokes a mingling sense of magic, delight, affection and mysticism. It was built in 1740s as a luxurious and pleasure palace in a natural foundation of 4 acres rock on the Jag Niwas island in Udaipur of Rajasthan. Its characteristic ‘romantic’ is prominent in the beautiful gardens and lily pond and the bedrooms ornamented with silks and frescos and beauties in ornate glasswork, intricate miniature paintings, bohemian crystal lights, glorious carvings, and magnificent guest rooms. Its glamorous welcome, luxurious stay and natural beauties will take anyone’s breath away and will provide the presence of ancient India. The hotel uses its boat to take the guests to the hotel. 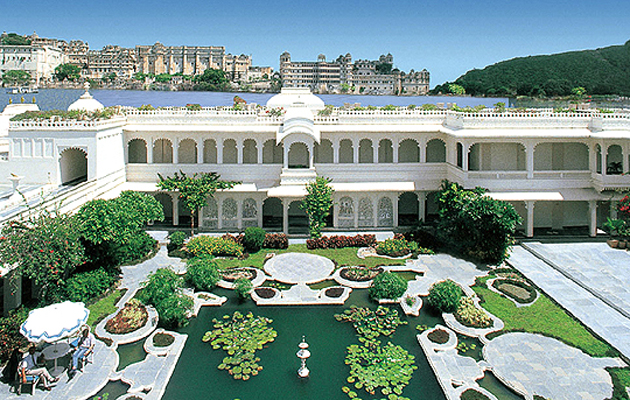 The luxurious hotel Xara Palace was built in Malta in the seventeenth century for the noble Moscati Parisio family. The palace is very near to the main entrance of the gate of the delightful historical town of Mdina.

Every guestroom has its own charming features with deluxe suites, private terraces, Jacuzzis, and wonderful views and they all feature wonderful antique pieces and distinguished artwork.
During the World War II, British officers of the RAF inhabited here and from 1949 the hotel has existed here and in 1996 the Zammit Tabona family purchased the property to construct a palace that would symbolize the ancient era decorated with contemporary luxurious things. It took three years to renovate the Xara Palace that now reflects glorious 17th-century ambience. 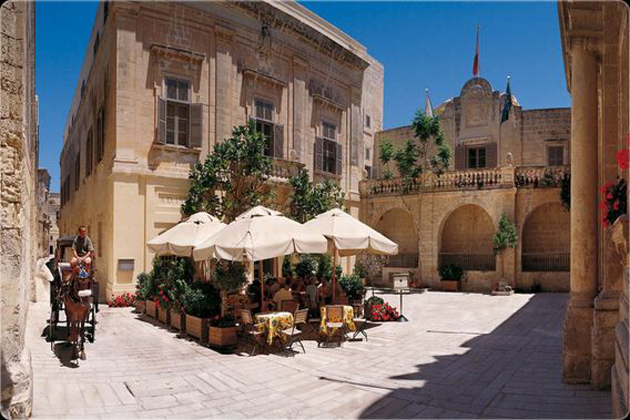 Zamek Reszel Kreativ Hotel that was built in the fourteenth and fifteenth centuries has been through many manifestations, sometimes a quiet hunting cottage and sometimes to a prison. Today Reszel Castle is a quite interesting place consisting of rustic and wonderfully furnished rooms, an on-site gallery of modern art for guests and visitors. The castle is famous for its local foods like mutton dumplings and roast pikeperch with almonds. 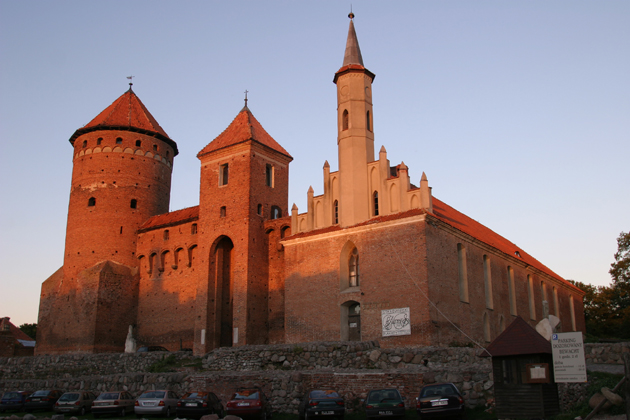 La Mamounia is situated near the heart of Marrakech, in Morocco. The ambience of La Mamounia’s rooms and halls evoke the deep romance and relaxation of past. The hotel has 209 rooms, private pools and courtyards. In addition, it features four restaurants and a permanent art collection, a spa with an ozone-heated pool, six outdoor massage cabins, nine treatment rooms and three hammams. The intricate and elegant interior design was accomplished by the famous French interior designer Jacques Garcia. The decoration with antique pieces takes its guests’ breath away and offers elegant afternoon and complete relaxation. 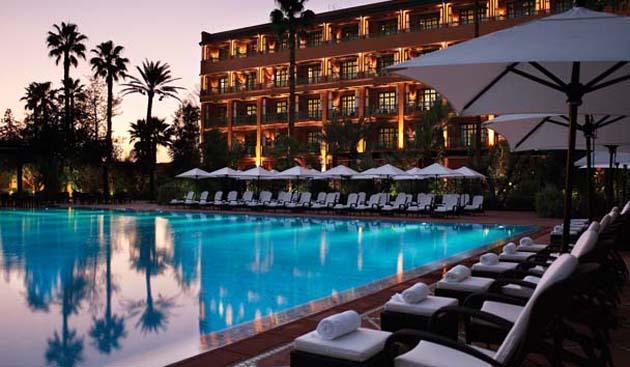 The sixteenth-century Waterford Castle Hotel & Golf Resort is located among woodlands on a private 310-acre island on the River Suir. After renovation the hotel has ensured guests’ comfort with all the modern luxurious furnishing as well as complete soothing views across the surrounding countryside. The island also offers clay pigeon shooting, tennis, hiking, archery, croquet, equestrian activities and fishing. The acclaimed Munster Room Restaurant nearby is famous for seasonal menus emphasizes on Irish specialties. 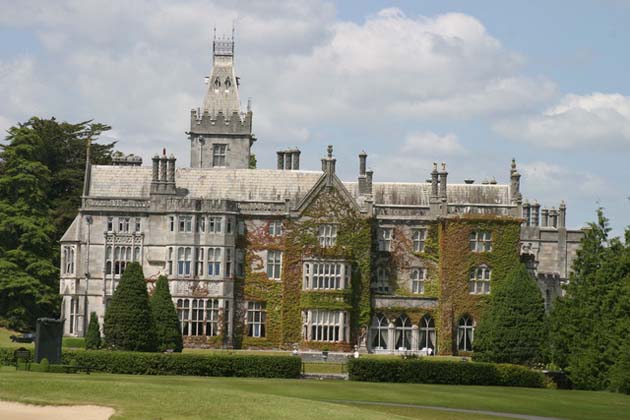 The magnificent eighth-century Moorish castle Parador de Alarcon is located in the ancient village of Alarcon above the Jucar River. It was founded by the Muslims and in the 12th century it was captured by King Alfonso VIII and redesigned. It was also the home to the Marquises de Villena and later, the famous writer Don Juan Manuel. Parador de Alarcon has witnessed several significant historical events throughout the centuries and survived after some painstaking renovation. Its austere interiors, stone walls and ceilings offer an instant sense of ancient past and will take its guests back in time to the middle ages. The place offers several appealing activities including hiking and horseback riding. 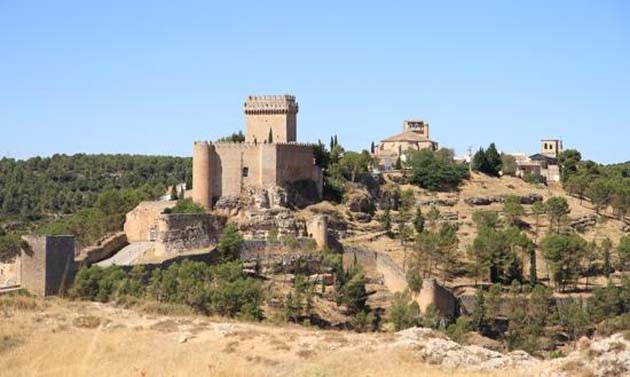