Top 10 entrepreneurship quotes to live by from 10 distinguished personalities from across the world.

“Far better it is to dare mighty things, to win glorious triumphs, even though checkered by failure, than to take rank with those poor spirits who neither enjoy much nor suffer much because they live in the gray twilight that knows neither victory nor defeat.” – Theodore Roosevelt

26th President of the United States Theodore Roosevelt was born in New York and belonged to one of the old Dutch families who had settled in America in the seventeenth century. He was an historian, a statesman, a naturalist, an effective orator whose exuberant personality and leadership of the Progressive Movement made him to be most influential person and symbol of strong masculinity. Throughout his life, he wrote twenty-six books, more than a thousand magazine articles, delivered thousands of speeches and letters. In 1906, he received The Nobel Peace Prize. At the age of sixty in 1919, he died in his sleep.

“Twenty years from now you will be more disappointed by the things that you didn’t do than by the ones you did do. So throw off the bowlines. Sail away from the safe harbor. Catch the trade winds in your sails. Explore. Dream. Discover.” – Mark Twain, author 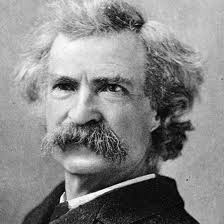 Samuel Langhorne Clemens (nick name – Mark Twain) was an American author and humorist who is best known for his widely popular works ‘The Adventures of Tom Sawyer’ in 1876, its sequel ‘Adventures of Huckleberry Finn’ in 1885 and the latter called “the Great American Novel”. His wit, humors and satire earned him worldwide fame, huge appraisal from critics and his readers.

“Ambition is the path to success. Persistence is the vehicle you arrive in.” Bill Bradley 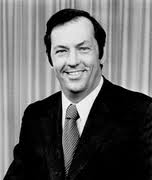 William Warren Bill Bradley is a renowned American basketball player and an author of seven non-fiction books and a three-term Democratic U.S. Senator from New Jersey. From the very early age he was very passionate about basketball and excelled in the same through hardwork and perseverance. Besides being an all-county and all-state basketball player, he was academically very sound. He received over 75 college scholarships, and finally attended Princeton University. In 1964, he won a gold medal as a member of the Olympic basketball team and was the NCAA Player of the Year in 1965 but left the NBA draft to continue his MA from Oxford University on a Rhodes Scholarship. In 2008 he was inducted into the New Jersey Hall of Fame.

“Every worthwhile accomplishment, big or little, has its stages of drudgery and triumph: a beginning, a struggle and a victory.” – Mahatma Gandhi

Mohandas Karamchand Gandhi is considered to be the most pioneering leader of the Indian independence movement. He is widely remembered for employing the non-violent civil disobedience that inspired India to protest non-violently for their freedom. He spent twenty years in South Africa during which he worked against discrimination and it was then he made the idea of satyagraha, which is a non-violent way of protesting against injustices. While in India, Gandhi’s obvious virtue, simplistic lifestyle, and minimal dress endeared him to the people. After returning to India, he worked hard to fight against the British rule and strived to improve the lives of the poor and destitute. He became an inspiration of great leaders across the world including Martin Luther King Jr.

5. Do the Job you have in Hand

“I studied the lives of great men and famous women, and I found that the men and women who got to the top were those who did the jobs they had in hand, with everything they had of energy and enthusiasm and hard work.” – Harry Truman

Harry S. Truman was the 33rd President of the United States from 1945 to 1953. On April 12, 1945 Truman succeeded to the presidency after the death of Roosevelt. He successfully led the U.S to conclude World War II. In 1917, at the First World War, he was enlisted in the army and served on the Western Front and achieved the rank of captain. After returning from the war he concisely owned a haberdashery, which was unsuccessful, and later attended the Democratic Party political machine of Tom Pendergast in Kansas City, Missouri. In 1922, he was elected a county judge and remained in the position until 1924. In 1934 he became the U.S. senator.

6. The Man who Thinks He Can

“If you think you are beaten, you are. If you think you dare not, you don’t! If you want to win, but think you can’t, It’s almost a cinch you won’t. If you think you’ll lose, you’re lost; For out in the world, we find success begins with a fellow’s will; it’s all in the state of the mind. Life’s battles don’t always go to the stronger and faster man, but sooner or later, the man who wins is the man who thinks he can.” – Walter D. Wintle 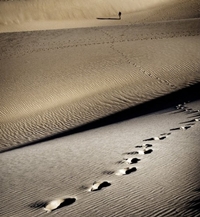 The following quote is taken from a poem called ‘Thinking’, which is also known as “The Man Who Thinks He Can”, written by Walter D. Wintle. Walter D. Wintle is a poet who lived in the late 19th and early 20th century. He is little or least known poet for publishing his poems in pseudonym. The accurate date of the first and original publication of “Thinking” is also unknown.

7. Mistakes are the Best Teachers

A man must be big enough to admit his mistakes, smart enough to profit from them, and strong enough to correct them.” – John C. Maxwell 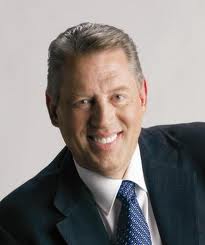 John Calvin Maxwell is an evangelical Christian priest and The New York Times, The Wall Street Journal, and BusinessWeek best-selling author who has written over 60 books on leadership and personal success. As of now, more than nineteen million copies of his books have been sold across the world in over fifty languages. Some of his notable books are

8. Happiness is the Key to Success

“Success is not the key to happiness. Happiness is the key to success. If you love what you are doing, you will be successful.” – Albert Schweitzer

Albert Schweitzer was a German (later French) philosopher, organist, physician, and medical missionary born into an Alsatian family on 14 January 1875. His family had been into religion, music, and education for generations. From early childhood, he showed his talent for playing the organ and became the world’s leading expert on organ building. He excelled in several respects; he was a doctor and surgeon, writer of many reputed scholarly books, commentator on contemporary history, administrator of a village, pastor of a congregation, superintendent of buildings and grounds, and musician. He received many honors that included the Goethe Prize of Frankfurt and honorary doctorates from many universities. In 1952, he received The Nobel Peace Prize.

“Without continual growth and progress, such words as improvement, achievement, and success have no meaning.” – Benjamin Franklin 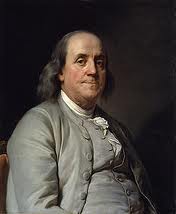 Benjamin Franklin is notable for being a multi-talented personality. Besides being the Founding Father of the United States, he was a renowned author, political theorist, politician, scientist, inventor, a successful newspaper editor and printer, musician, satirist, statesman, and diplomat among several others. Lightning rod, the glass ‘armonica’, the Franklin stove, bifocals, and a carriage odometer are some his significant inventions. Franklin was also famous as “The First American” for his important role in campaigning for colonial unity.

“When you do what you love, the seemingly impossible becomes simply challenging, the laborious becomes purposeful resistance, the difficult loses its edge and is trampled by your progress.” ― Steve Maraboli, Life, the Truth, and Being Free 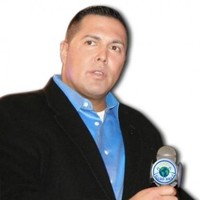 Dr. Steve Maraboli, the Executive Director of the Michael Thomas Research Center for Social & Behavioral Science, is an accomplished speaker, and bestselling author. He is widely known for his impactful and powerful speeches. He is hugely popular in media for his fun loving nature. His works have been published in over 20 languages across the world. Besides all, he is the creator of original field of breakthrough science, Psycho-Neuro-Actualization.

If you want more of these, “like” Success Stories on Facebook to jump ahead in line, as we showcase a new quote every day. Join the conversation!