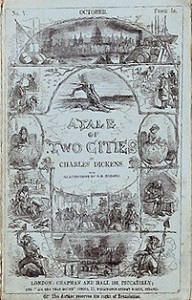 A Tale Of Two Cities

A Tale of Two Cities, a fictional classic by Charles Dickens, is set in London and Paris in the latter half of the eighteenth century during the French Revolution. It is a tale of true love, sacrifice, profound hatred, and mistreatment of the aristocrats towards the lower class in French Revolution. In the history of fictional literature, it is the most popular work the world has ever witnessed.

The novel portrays the dilemma of the French peasantry and their sufferings of prolonged abuse and brutality by the French aristocrats during the revolution. The lives of lower class people become horrible under the tyranny of upper class. Several protagonists emerge through various events and some notables are Sydney Carton and Charles Darnay and some of them also fall under the extreme wrath of the revolution and Charles Darnay is one of them. 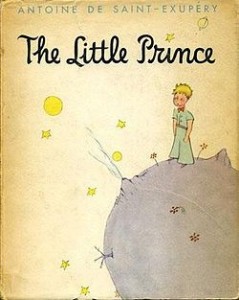 The Little Prince is a story about searching the answers of the important questions of life and about the importance of knowing the real meaning underneath the shell of life. We are shortsighted and don’t even intend to discuss or go deep into the significant facts of life. The narrator, through The Little Prince (the protagonist of the novel), emphasizes on seeing anything with heart instead of just with eyes. Sadly enough, young people face much difficulties in doing so.

We grown-ups are more concerned about irrelevant things of life and feel bored when it comes to discussing the important facts; we spend our whole life being obsessed about money, power and technology. The narrator has tried to draw the attention of the readers to some of the world’s real-life problems. 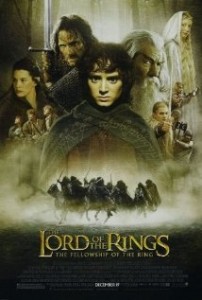 The Lord of the Rings started as a continuation of another earlier work of J. R. R. Tolkien titled The Hobbit that was published in 1937. When the work received huge popularity, the publishers George Allen & Unwin initiated J. R. R. Tolkien to make it larger into a series. 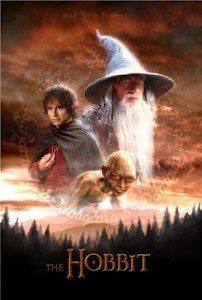 The Hobbit, a popular children book and fantasy novel by J. R. R. Tolkien, was published in 1937 and received crucial acclaim and award for best juvenile fiction from the New York Herald Tribune. The work is still popular among children and known as a classic in children’s literature.

The ostensible protagonist Bilbo Baggins is a decent and conservative hobbit who is sent with a group of thirteen dwarves to search and find out the hidden treasure that was taken away by the evil dragon Smaug. He succeeds in finding the vast treasure while going through many dangers; he also finds The One Ring. 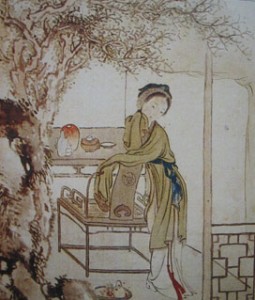 Dream of the Red Chamber is considered to be one of China’s Four Great Classical Novels and the most rich Chinese literature. It is written by Cao Xueqin during the Qing Dynasty in the 18th century. It details about mysticism, fate, predestined romance, Chinese family values, social hierarchy and the fortunes of an aristocratic family in China.

The novel is also known as the semi-autobiographical book that reflects the rise and fall of author’s own family. As the chapter goes, the author introduces the women he knew in his childhood, his friends, relatives and servants. In a nutshell, it is precious work that represents detailed observation of life and social structures of 18th century through vast number of characters. 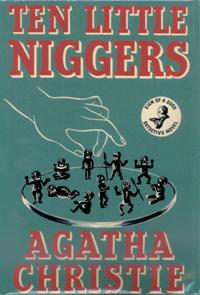 And Then There Were None
Author: Agatha Christie in 1939 (English)
Genres: Children’s literature, Mystery, Fiction, Crime Fiction and Suspense
Copies Sold: 100 millions

The 7th best-selling detective fiction novel ‘And Then There Were None’ was composed by the British crime writer of short stories, novels, as well as plays Agatha Christie. The novel was first published with the title of ‘Ten Little Niggers’ on 6 November 1939 in the United Kingdom by the publisher Collins Crime Club. Later in 1040, the title was changed to Ten Little Indians by Dodd, Mead and Company.

In the story about the mysterious premise of 10 people who are all strangers to each other; they are invited to the Indian Island by the mysterious Mr. Owen for the weekend. All the strangers have been involved or complicit in the death of others but somehow they manage to escape the punishment. At the dinner table, one of the guests chocks to death and gradually every guest falls the victim of death, all one by one. It seems somebody tricks with them and their arrival together is not a coincidence. 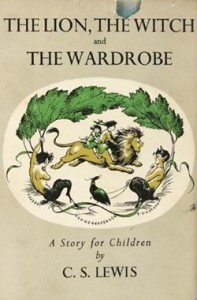 Four kids and siblings Peter, Susan, Edmund, and Lucy Pevensie are sent to live with Professor Digory Kirke who lives in a country house. While living there, they start to explore the house and Lucy suddenly finds a doorway to a magical world named Narnia. It is a story of 1940, at the time when the World War II had just begun.
The Lion, the Witch and the Wardrobe is a fantasy novel for children that is widely known as a part of the original book of The Chronicles of Narnia. It was written by C. S. Lewis and published in 1950. The novel has been translated and published in 47 foreign languages. Time magazine has enlisted the novel in its TIME 100 Best English-language Novels from 1923 to 2005. 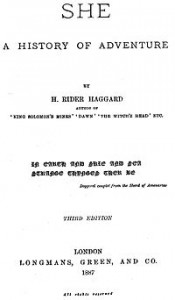 The classics of imaginative literature She: A History of Adventure is one of the best-selling novels of all time with more than 83 million copies sold in 44 different languages. The novel was written by an English writer of adventure novels named Henry Rider Haggard and first published as series in The Graphic magazine in 1886 and continued till January 1887. The novel was an instant hit on its publishing; the literary historian Andrew M. Stauffer says “She has always been Rider Haggard’s most popular and influential novel, challenged only by King Solomon’s Mines in this regard”.

The novel emphasizes on female authority and their behavior and has attracted praise as well as criticism for only representation of womanhood. The story starts with the expedition of the character Horace Holly and Leo Vincey to a lost kingdom in the African heart. 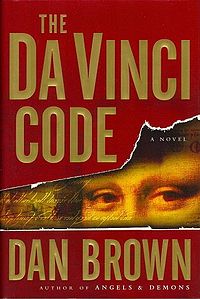 The Da Vinci Code is a controversial and mystery-detective best-selling novel written by an American author of thriller fiction named Dan Brown. The novel is about hunting treasure, a potential secret that has been kept under wraps of mystery for thousands of years and it features the themes of cryptography, symbols, codes, keys, symbols, plan and conspiracy theories. The novel has been translated and published into 40 languages has sold over 80 million copies worldwide.

The novel has been heavily criticized and the author has been accused as an anti-Christian. In response, he defends himself on his website by saying that The Da Vinci Code is “an entertaining story that promotes spiritual discussion and debate” and suggests that the book may be used “as a positive catalyst for introspection and exploration of our faith.” 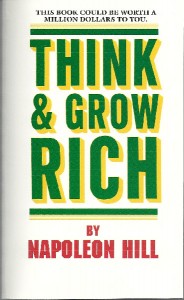 Think and Grow Rich is a motivational and personal development book composed by Napoleon Hill in 1937 during the great economic depression and before the World War II. It is one of the top selling books of all time and is inspired by the meaningful life of the most successful Scottish-American businessman Andrew Carnegie. The book focuses on ‘how to be successful’ with passion and extreme and honest desire to succeed. It teaches us the ways to stay consistent and determined with a solid planning in mind. In the book Hill writes, “Patience, persistence and perspiration make an unbeatable combination for success.”

The book has been very popular and is widely read for its success principles and their implementation in real life. John C. Maxwell, an evangelical Christian author who has written over 60 books with chief focus on leadership, has enlisted this book in his A Lifetime “Must Read” Books List.