Children are brought up with lessons of how they should and should not behave. They grow up with ideas of how they should look, what kind of personalities they should have as a man or a woman. Thus, young boys expected to be tall, dark and handsome, and strong enough to handle guns and never cry. On the other hand, women are supposed to be small, pretty and graceful, and to take care of the home instead of exposing themselves. Thus they must conform to patriarchy-driven normative gender roles and attributes in order to be accepted.

But, what happens when some people do not want to live like a part of the crowd, and want to beat all odds to do what they want? They become extraordinary people who become a source of inspiration for others. That’s what happened to Manohar Aich and Ashwini Waskar, two people who are from different eras and with different challenges, but with one thing common – the determination to break stereotypes and beat all odds. 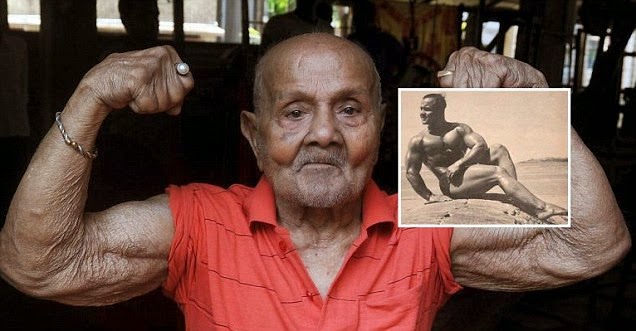 Manohar Aich was born in 112, in a small village named Dhamti which now lies in Bangladesh. As a young boy, he showed keen interest in wrestling ad weight-lifting, and started training for these. By the time he was 12, he had already gained body strength that was much more than others of his age. However, his sports dream seemed to be in the face of getting shattered, as he contracted black fever. He had to lie in bed for a long time, and even though he recovered, his strength and fitness did not.

But Aich did not lose hope. He resorted to calisthenics and body weight exercises to regain his strength, and did as many as 100 repetitions per set. He grew up to become a strong teenager who could bend steel with his teeth, and spears with his neck, and could also rest his belly on the tips of swords. He started performing in a show called Physique and Magic. In 1942, he joined the Royal Air Force, where he was introduced to weight training for the first time by a British officer. From that moment, he set his heart to turning to a professional bodybuilder.

Aich had great diligence. Besides, there was something else he had to beat. When we think of bodybuilders, we expect them to be naturally blessed with some physical attributes. One of them is height. But, Aich was only 4 feet 11 inches. It is understandable that, Aich, who did not have the unearned privilege of being born tall, had to work harder than other bodybuilders. And work hard he did, to build himself an enviable physique. Every curve of muscle was distinct on his chiseled body.

Aich soon became the favourite of the British officers. But, not all of them were alike. He came across a British officer who was a propagator of colonial oppression, and he did something quite exceptional and shocking – Aich slapped this British officer. As a result, he was jailed. But, he utilized his time behind the bars to his advantage by training harder. He started working out for almost 12 hours every day, and his dedication compelled the British officials to design and arrange a special diet for Aich.

In 1951, Aich gained his first title. He was 37 at that time, and won the Mr. Hercules contest. The next year, he missed the title of Mr. Universe as he stood second, but he tried again in 1952, and clinched the much-coveted title. He became the first Indian to become Mr. Universe, and became a legend in the history of Indian sports. Over the years, he won many other competitions. He became a three-time gold medalist in body-building at the Asian Games in 1951, 1954 and 1958. He also emerged victorious at the World Championship of Spring Pulling when he tore a spring of a massive 275 pounds tension.

In 2003, Aich officially posed for the last time. He was 0 years old at the time. However, he continued to pose every once in a while at local competitions. Now, at the age of 102, Aich is still strong and healthy. He is as fit as ever. Old age has affected the tightness of his skin and muscles, but Aich still has been able to maintain the shape and strength of his body, and the definitions of his muscles. He still poses at competitions occasionally. Thus, he has beaten all odds and broken all stereotypes, and is still someone to look up to. 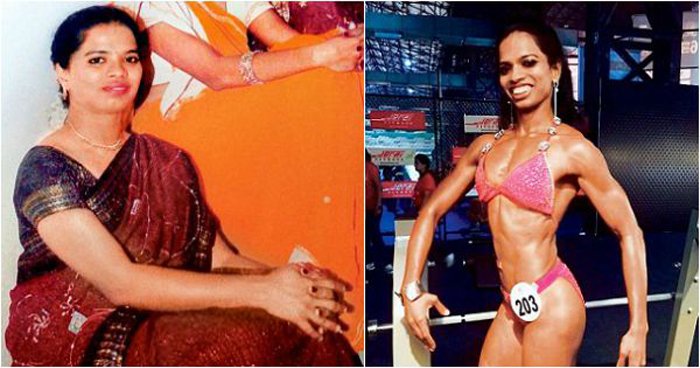 Let’s move forward by several decades. Year 2009. A post graduate from Raigad in Konkan, Maharashtra in India, had just moved to Mumbai to become a senior research fellow at Central Institute of Fisheries Technology. As she started staying and working in the city, she realized that she was gaining weight. So, she decided to hit the gym to get back to shape. Finally, in 2012, Waskar joined a gym to lose weight and regain body fitness. As she took to regular exercising, she soon became quite excited about it. Within a short time, she changed completely, and soon, the 32-year old woman started lifting heavy weights and following a rich protein diet.

As Waskar’s keenness in body building grew, something came along her way. In 2013, she went to attend a male bodybuilding competition, and was absolutely amazed by it. And, as luck would have it, she heard an announcement that gave her a further boost in pursuing bodybuilding. The announcement was about the first ever national level female bodybuilding competition, and it was an invitation for women to participate. For Waskar, it was an invitation to step into a world she only watched from a distance, because she knew it was a male dominated world. She decided to give it a try.

The same year, Waskar returned to her hometown, and went to a local gym named Hanuman Vyamshala. There, she started practicing, and left the owner of the gym, Rajesh Angad, quite astonished, as she performed the same routines as male bodybuilders, because she knew that in order to claim a place in the world of men, she would have to be at par with them, in order to erase all gaps that seemingly exist between men and women according to the society.

Angad asked Waskar to participate in a bodybuilding event in Pune. But, Waskar knew that there was one hurdle she still had to cross as a woman. She belongs to a conservative Indian family, and she knew that her parents would never be happy with the revealing clothes that bodybuilders are required to wear. She went to her father and asked for his permission, to which he wanted to take some time before he gave his decision. A day later, Waskar received an answer she was not expecting – he gave his consent! He found nothing wrong in exposing her body for a sport that demands all contestants to be dressed that way. He even agreed to bear the costs of her training and participation.

In December 2014, Waskar took part in her first ever event. She thus became the first female competitive bodybuilder. She secured the fifth position in the event. Since then, she has worked hard, and participated in seven international competitions so far. However, things are not going easy for her. Despite her remarkable performance and diligence, she is unable to find herself any sponsor. Her father is the only person who supports her financially. She was even forced sell her gold chain for an event in Mumbai, as the monthly cost of her food supplements is around Rs. 20,000, which is roughly equal to $300.

But, this difficult situation has not been able to dampen Waskar’s spirits. She continues to maintain a positive attitude. She not only wants to have a bright future for herself in the field of bodybuilding, but also for other women in the country. With more and more women being inclined towards fitness and bodybuilding, she is sure that there will be an increase in the number of competitive female bodybuilders. She is also interested in providing training to young girls if they ever come to her for with the wish of participating in competitions. Thus, she not only intends to establish herself in the world of bodybuilding, but also wants to help and encourage other women to participate in this sport.

Both Manohar Aich and Ashwini Waskar faced their difficulties in the paths towards the destinations they aimed for. They have accepted societal, physical, financial and other challenges, to emerge victorious in their own rights. They have aimed for the stars, and in order to reach them, they have managed to break all norms and overcome all hurdles. While it is one thing to face health issues or financial troubles, it is another thing to deal with the stereotyped ideas of the society. They have broken the boundaries placed by people, and shown the world that a person can be whoever he/she wants to be. 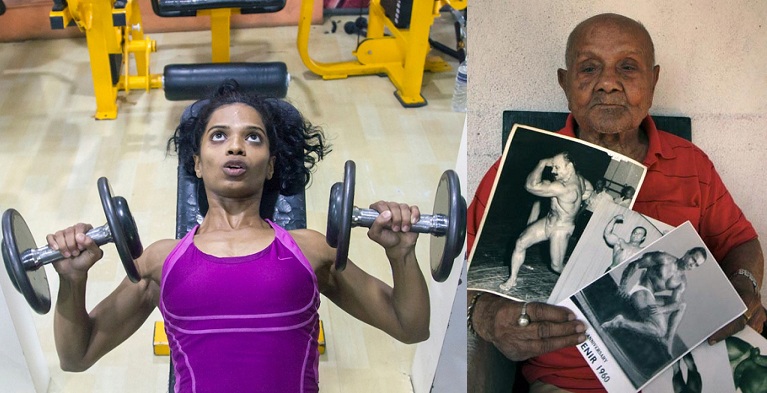