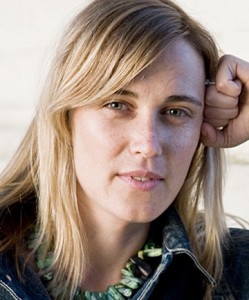 Victoria Ransom is a New Zealand-based entrepreneur who is best known as co-founder of Wildfire Inc., the world’s largest social media marketing company. Wildfire started as a small New-Zealand based adventure travel company in 2008 and gradually evolved as a social media marketing firm that was serving more than 16,000 agencies and brands including Facebook, Unilever, Pepsi, Ogilvy, Sony, AT&T, Publicis and Digitas. According to reports, the company has run over 250,000 social media campaigns via its Wildfire Suit and has served more than ten thousand customers across the world. It also claims to have been serving world’s top 30 brands. It also received fbFund from Facebook for two consecutive years.

On July 31, 2012, co-founders Victoria Ransom and Alain Chuard declared that their venture Wildfire had been taken over by Google. They have kept the amount unrevealed.

Ransom completed her Bachelor of Arts degree with Psychology as major from Macalester College and an MBA from Harvard Business School. She was called the Ernst & Young Entrepreneur of the Year for New Zealand, and was enlisted as one of the ‘25 Women to Watch in Tech’ in 2010 and 2011. She has been profiled in numerous reputed publications such as Bloomberg TV, Entrepreneur Magazine, The New York Times, and The Wall Street Journal.